You are at:Home»Current in Zionsville»Zionsville asks Little League to consider town for next regional headquarters

Zionsville is taking a look at throwing its hat in the ring to become the new home of the Little League International Central Region headquarters. 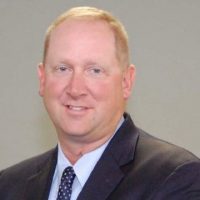 The Zionsville Town Council gave the green light at its Nov. 7 meeting to advertise that it may use up to $10,000 from the Food and Beverage fund to support efforts by the Zionsville Little League and recently formed Zionsville Local Organizing Committee to create a proposal showcasing why the nonprofit should move to town.

Little League Central Region officials announced in October that they will vacate the headquarters near 46th Street and Mitthoeffer Road in Indianapolis, which includes Stokely Field. Rinebold said the area has become economically depressed since it opened in 1989, with the nearby school closing and dorms falling into disrepair.

“They’re starting to not schedule night games in that area now out of concern for those attending,” Rinebold said.

Little League is looking at all 13 states in the central region to find the next location for its headquarters. Rinebold said he knows Brownsburg and Plainfield are also seeking to land the project. Interested sites must submit proposals by Dec. 15.

Zionsville Little League has agreed to match any funds provided by the town for the proposal up to $10,000.

Rinebold said those working on the proposal have identified a couple of sites that could work for the headquarters facility, which could include a 2,500-seat stadium and 10,000-square-foot building. The most promising site, he said, would be an expansion of the Zionsville Community High School baseball and softball complex.

The Little League facility would be used by seasonal workers and six full-time staff members, as well as for championship games, umpire clinics and other Little League tournaments and events. Rinebold said Zionsville Little League could also use it, which would ease crowding at Lions Park, and it could be rented out for other events, as well.

Little League would likely own the facility.

Because Little League is a nonprofit, the facility would not generate tax revenue for the town, but it is expected to generate approximately 8,000 hotel room stays in the area per year and provide a boost for local businesses.

Councilor Josh Garrett said he felt “very skeptical” of the proposal, as he expressed concern that the town could be backed into paying for the project if corporate partnerships don’t come together.

“I don’t want this to turn into a drag on Zionsville,” he said.

Rinebold said he is planning a trip to the Little League Southeastern Region headquarters in Warner Robbins, Ga., which was the most recent Little League regional relocation. He said the success of that project should provide insight on how Zionsville could create a similar facility. He also said the committee has reached out to the Indiana Sports Corp., which helped secure the 2012 Super Bowl, for assistance.

The Zionsville Town Council is expected to discuss whether or not it will provide $10,000 for the proposal at its Nov. 28 meeting, which begins at 7:30 a.m. at Zionsville Town Hall.