You are at:Home»Current in Zionsville»Run 2 Race brings 2nd event to Zionsville 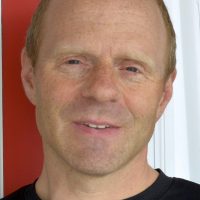 Zionsville resident Mike Cole, 41, founded Run 2 Race to promote running and give those living in the Zionsville area more chances to socialize and compete.

“That’s what a lot of runners run for,” Cole said. “For the social aspect of going on a road race and running with other runners and competing.”

Cole has been a competitive runner for several decades, running cross-country at Ball State University, where he graduated in 1999. He placed fourth in his age group at the Duathlon World Championships. Cole is also the owner of Greeks Pizzeria in Lebanon.

He said that his biggest challenge has been pursuing his dream of running while balancing his career and family.

“In running if you’re not one of the best, you’re not going to make enough to live,” he said.

said Cole. “It really didn’t matter how good I was I still had to have a full time job.”

The upcoming race is attracting runners from both the local area and across the nation.

Guadalupe Merlos, 35, who is one of Florida’s top runners and has been coached by Cole, said she is making the flight from Miami, Fla., to compete in the race and see her family in the area.

Merlos was an All-American at Vincennes University and then the top runner at Saint Thomas University in Miami, Fla.

People can register and find out more information about the upcoming race at run2race.com.