You are at:Home»Current in Carmel»Huntington’s Sophia Square branch to close 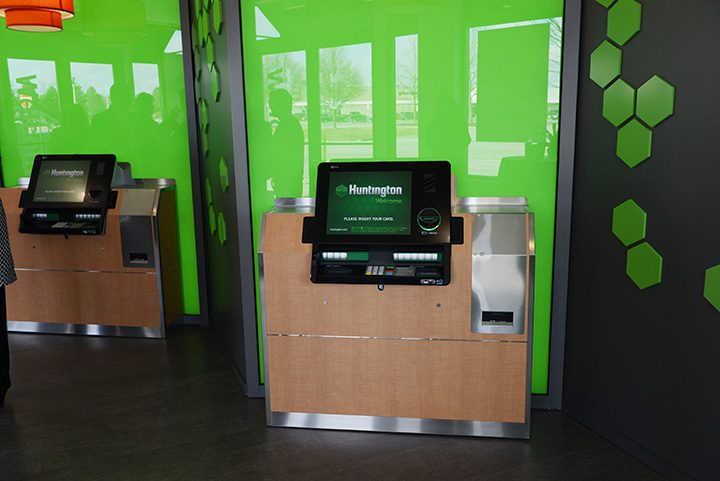 The 110 W. Main St. branch, which opened in February 2015, will close Jan. 20. Brent Wilder, Huntington’s corporate public relations director, said Sophia Square is part of a nine-branch consolidation spread throughout the company. Wilder said the customer notification started Oct. 19. The customers’ accounts will be transferred to the branch on 998 S. Range Line Rd., less than a mile away.

“We used that Sophia Square branch as a pilot test design branch for the company,” Wilder said. “It was the first time we had tried that type of space and branch design. There is smaller square footage. There was a different interior floor plan. We are continuing to use some of those features within our ongoing branch designs, most notably the 24-hour interior lobby. We decided to close that specific branch even though we’re continuing to expand in Carmel.”

Wilder said bank officials looked at factors such as customer traffic, transactional trends and proximity to other locations. It was all walk-up business because there was no drive-thru.

“It made sense for us at this time to do the consolidation,” Wilder said. “I know it seems like an unusually short period of time, but since this (Carmel) is a test market for us, we appreciated the opportunity to test that model at that space. We got the most we were going to get out of the (pilot) experience. We’re still using some of the design elements that we introduced there as we expand into other locations.”

Instead of normal teller lines behind a counter, there was a free-standing teller pod at Sophia Square. There was more technology integration as far as the self-service opportunities, Wilder said.

“I believe it was the first of the branches built that we put the 24-hour customer access to the inside ATM,” he said.

Wilder said the Sophia Square branch had a lean staff.

“We’re looking to absorb them into the branch network or other job opportunities at Huntington,” Wilder said.