You are at:Home»Current in Zionsville»Dunkin’ Donuts readies to open in Whitestown

Dunkin’ Donuts is coming to town. Which town, co-owner Suzanne Weis isn’t sure.

“Depends on who you talk to. The address (6842 Whitestown Parkway) we have is listed in Zionsville, but a lot of people tell me it really is Whitestown,” Weis said. 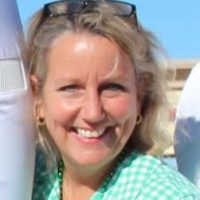 Either way, this is the first Dunkin’ Donuts to open in Zionsville or Whitestown.

“The area is just booming. We like the rapid growth,” Weis said of the location.

The grand opening of the store – which is officially in Whitestown – is set for Dec. 10. There will likely be a soft opening a few days before, but the date is not set yet.

“We do a lot of hoopla for that,” Weis said. “We raffle off for coffee for a year.”

“My husband, John, and his college buddies got involved in this,” Weis said of King Point Ventures. “They have stores in New York, Connecticut and a bunch in Pennsylvania.”

Weis, a Carmel resident, has hired 15 employees for the Whitestown Parkway store as of Oct. 31 and is looking for approximately 30 more to hire. Weis said her stores have been able to hire teenagers to work after school and weekends, but she really needs adults that can work during the day.

“Our busy hours are between 7 and 11 in the morning,” Weis said.

There also are openings for people to work overnight for the donut preparation. Interested applicants can apply at kpvllc.com or in-person at any area store. The store hours are 5 to 9 a.m. on weekdays and 6 a.m. to 9 p.m. on weekends.