You are at:Home»Current in Carmel»Carmel Community»Carmel homeschooler earns perfect score on AP exam

Cedonia Peterson didn’t expect to get a perfect score on her Advanced Placement Microeconomics Exam. 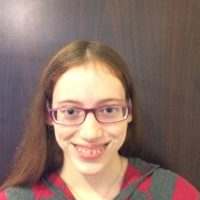 “I took AP Macroeconomics the previous year and I found out they track who had perfect scores,” the Carmel resident said. “I thought I could have done that and I didn’t. So I thought no one ever really gets this. When I took the AP Microeconomics (exam), I wasn’t even thinking about it, and (the letter) shows up in the mail.”

Approximately 83,000 students took the test and only 75 received a perfect score (amounting to just 0.009 of all 2016 AP Microeconomics Exam takers), according to a letter Peterson recently received from the College Board. Peterson, a homeschooled senior who took the exam in May, said she actually liked the macroeconomics course more.

“I like economics because it’s a combination of law and math and social studies with analyzing behavior,” Peterson said.

The College Board had previously awarded Peterson the National AP Scholar and AP Scholar with Distinction awards because of her excellent AP scores.

“I want to double major in computer science and business, so microeconomics is very similar to business,” Peterson said.

“I have classmates that are from China,” Peterson said. “I have a classmate from Georgia, the country.”

Peterson’s family moved from Baltimore to Carmel in November 2015.

Along with Purdue and Indiana University, Peterson has applied to Vanderbilt and to King’s College London and Cambridge University in England.