Every year thousands of students who attend college apply for scholarships. 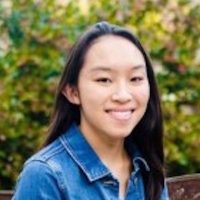 Carmel High School graduate Sarah Tinaphong, 18, a freshman English major at the University of Chicago, is one of 14 students nationwide who received a scholarship from the National Liberty Museum in Philadelphia.

This is the first year the National Liberty Museum has held the Liberty Scholarship Contest, which gave applicants an opportunity to submit a three- to five-minute video speech on how they plan to impact the lives of others.

The National Liberty Museum received more than 60 videos and selected 14 students to receive a total of $25,000 dollars in scholarships.

Tinaphong presented a message about “bigger is not always better,” encouraging  people to set achievable goals for making an impact for others.

Kevin Orangers, vice president of programs and museum operations, said the applicants’  videos are evaluated on the message and their plan to put what they say into action.

Tinaphong’s message was that small steps in achieving change can often go unnoticed, but she believes they are important.

“We tend to believe that all of the change that we do needs to be noticed,” Tinaphong said. “Sometimes that really is not the case. Change begins on a much smaller scale. I think that people overlook that.”

Tinaphong has volunteered and worked in local clubs since she was a student at CHS, including House of Books, Chinese Community Church of Indianapolis and United Sound.

“Change that has a purpose to the individual really does go far,” Tinaphong said. “Even if it was just in the community of Carmel, I feel my ability to make small differences really counted in the end.”

Tinaphong, who also participated in the National Liberty Museum’s Selma Essay Contest, will put the $1,000 scholarship toward her education and books for school.

Tinaphong’s and other contestant’s video speeches can be seen at libertyscholars.libertymuseum.org.