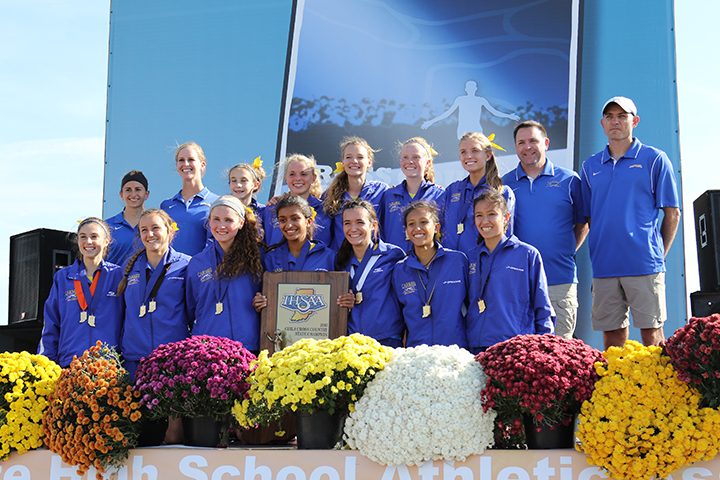 A supportive community with the Pup Running program for fourth and fifth graders and strong middle school programs are big factors, Greyhounds coach Mark Ellington said. The coaches at each level communicate well.

“We have a common goal about giving students opportunities to compete and be in races,” Ellington said. “That whole culture gives kids the desire to be part of his great trend. Who doesn’t want to be part of a program that builds on success and wins championships? (Former CHS coach Chuck Koeppen) gets a lot of credit for getting it going.”

“It’s been one of the strongest teams I’ve been part of,” said Ellington, in his eighth season as coach.

Carmel swept the top five spots for a perfect score of 15 at the Shelbyville Semistate. That led to a little bit of a letdown with the state point total, Ellington said.

“Maddie, Christina and Phoebe all had tremendous races,” Ellington said. “Rachel and Sarah had a little more trouble, but they all ran good races.”

Ellington said most times were slower because it was 15 degrees or so warmer than normal for late October.

“We knew it would be hot, but it affected a couple of girls more than we thought,” Ellington said.