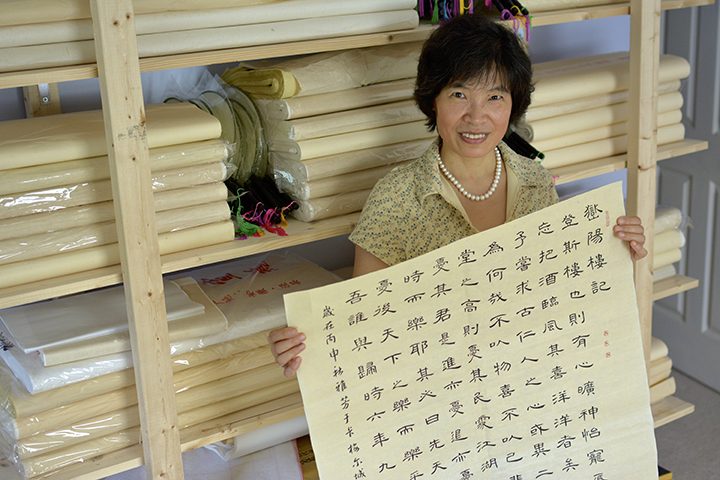 Jenny Feng displays her calligraphy in her Carmel home. (Photo by Lisa Price)

When Jenny Feng came back to Carmel after living in China for three years, she returned with a new talent. She had become skilled at Chinese calligraphy.

“I never thought I would be a calligrapher,” Feng said. “It is now the most important part of my daily life.”

Jenny Feng and her husband, Daming Wang, first moved to Carmel in 2001, but work took Wang to China in 2011. Feng joined him a year later after their son graduated from Carmel High School. When she arrived in China, she told her husband, “You have to find a job for me or else I’d be bored at home.” That’s when she began taking classes at Wujin Adult College and had a chance to practice calligraphy for the first time.

Wang said he was impressed when he noticed her quick learning curve.

“I didn’t really pay attention,” he said. “But after only a few days, I was so amazed. She was doing really well. It can take years.”

Soon, Feng was winning competitions and receiving honors for her work. Her calligraphy was featured in newspapers and exhibitions. She was asked to become a teacher, but she and her husband were headed back to the United States. 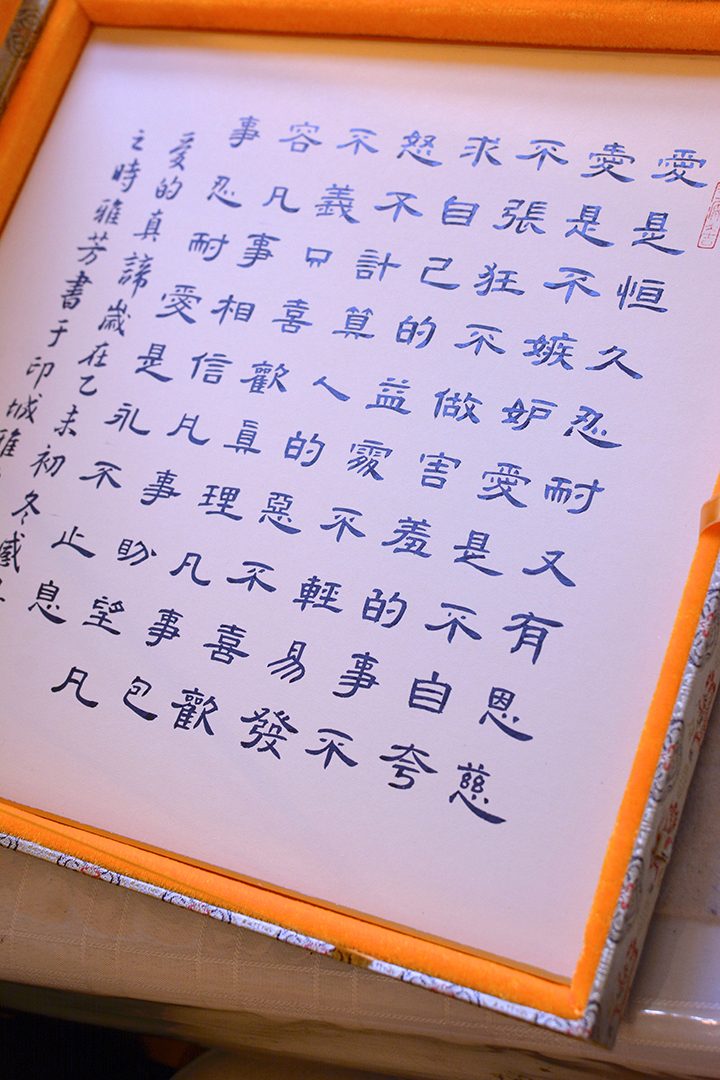 In Chinese, calligraphy means, “The way, method or law of writing.” The practice is thousands of years old, Wang said. It is read from top to bottom, right to left. It is still taught in Chinese schools in art classes during the school week.

Wang explained that calligraphy is not craft but art, allowing the artist to develop a unique style.

“It’s an acquired personality,” Wang said. Feng is still working on developing her own style.

The art form itself offers many benefits to the artist.

“You can hear the sounds of brush on paper. It is like music,” Feng said. “It is purifying.”

Calligraphy is also closely tied to water ink painting, which Feng also does. Both art forms use similar tools, such as writing brushes, ink slabs and xuan paper. Wang explained that with both techniques, “You have to hold your breath and suspend your wrist in the air.”

Because of the special breathing techniques required, Feng said lots of Chinese calligraphers have a long life.

“It makes me forget my worries,” she said.

Back in Carmel, Feng still keeps her passion for calligraphy alive by practicing three to four hours a day. She has the unique talent of writing in six different fonts.

“I am very proud, because most calligraphers can only do one,” she said.

Feng said she finds that her calligraphy connects her to others in Carmel who have Chinese heritage. She said it is “great that more than just my husband appreciates it.”

Others are interested as well, and she has been asked to teach classes but has yet to do so.

Volunteering at the Carmel Clay Public Library also fills up Feng’s time. She recently showed her work at the Dragon Boat Festival that took place in June at the library. She said she likes how her calligraphy can help people appreciate Chinese culture.

Feng does not sell her work.

“I collect it for myself,” she said. “If I have more, maybe I will sell it. I really enjoy all the work.” 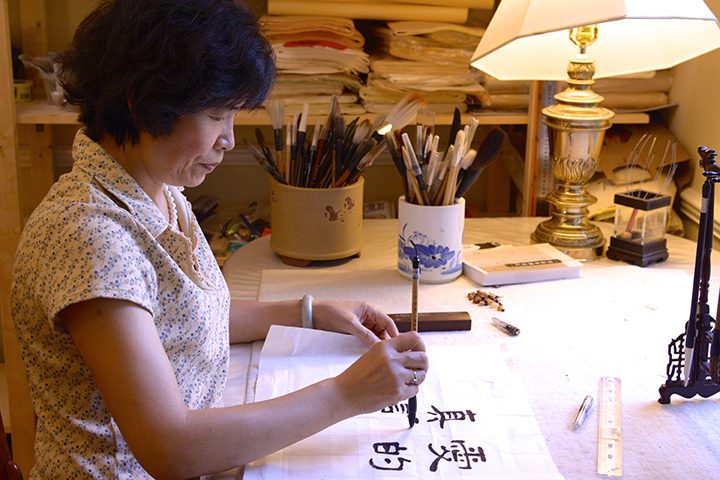 Hardest Letters to Do: the smaller letters because they require less strokes

Her Calligraphy Style: “calm, soft and pretty,” she said

Biggest Accomplishment: being recognized by the Chinese Calligraphers Association