You are at:Home»Current in Westfield»Westfield Dunkin’ Donuts set in prime spot 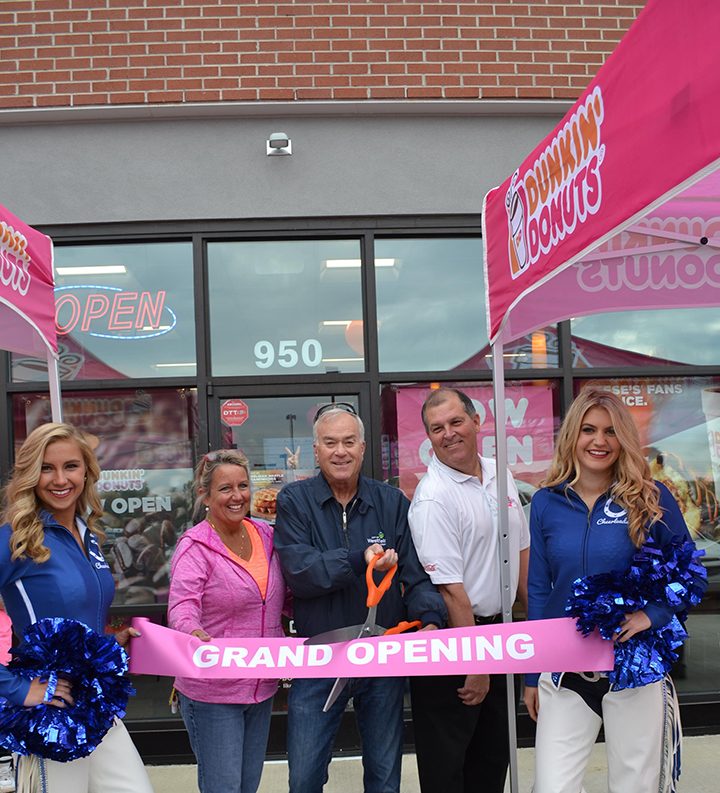 “I like the excitement around Grand Park,” Weis said. “It makes for very busy weekends in the store. We’ve even had special orders. We’ve even made donuts to match the team colors. They’ll bring them to the field.”

The store, which opened Sept. 21 and had its grand opening last month, is at 950 Tournament Trail in Westfield, just outside Grand Park.

King Point Ventures, which includes Suzanne and John Weis, is the Dunkin’ Donuts’ franchise partner in the Indianapolis and Fort Wayne areas.

“My husband, John, and his college buddies got involved in this,” said Weis, who lives in Carmel. “We have stores in New York, Connecticut and a bunch in Pennsylvania. When we got the bid to take over in Indiana, we took over from two different franchises. We moved out here two years ago. We took over six stores from one franchisee and eight from another. We then took over five stores in Fort Wayne.”

The Westfield store is the 20th store in Indiana and the 15th in the Indianapolis area. The 16th Indianapolis-area store will open in Whitestown Nov. 9.

“I need more people,” Weis said. “We have a lot of nice young kids coming in after school. But what we really need is adults that can work during the day. That seems to be the hardest thing to get. We need people that work overnight to do the donut preparation, so we have some overnight hours available as well. We’re very flexible.”

Kings Point Ventures is hiring for up to 45 positions in Westfield that include managers, shift leaders, crew members and bakers.

Interested applicants can apply at kpvllc.com or in-person at any area restaurant.

Dunkin’ Donuts is a sponsor for the Indianapolis Colts, Indiana Pacers and Indy Fuel.