You are at:Home»Current in Carmel»Carmel Cover Stories»On top of the world: Carmel man completes dream of hiking Appalachian Trail 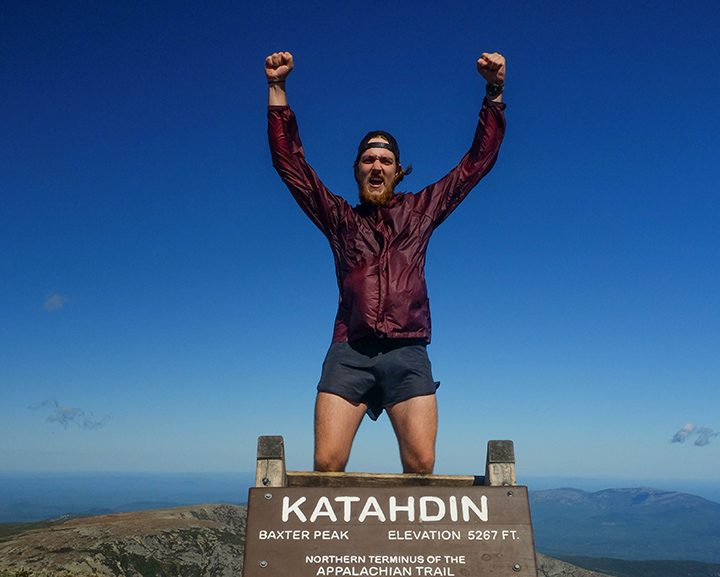 “I was raised going to the Smokies, and the Appalachian Trail runs through it, and I grew up hearing stories of how you can hike from Georgia to Maine, and I thought it would be awesome,” he said.

The 20-year-old Carmel resident recently fulfilled his childhood dream by hiking the entire 2,200 miles of the Appalachian Trail and earning the distinction of becoming a “thru-hiker,”  someone who has completed a long distance trail  in one year. According to the Appalachian Trail Conservancy, it takes most thru-hikers between five and seven months to complete the trail. The average time is just under six months.

Ibey started his hike March 4 in Georgia on Springer Mountain. He finished Sept. 21 in Maine on Mount Katahdin. He averaged 15 to 20 miles a day.

“We were almost kind of quiet and just looked at each other and were like, ‘We just did this,’” Ibey said. “We were screaming with excitement that we’d completed this, but at the same time there was this wave of sadness when I was taking my backpack off for probably the last time on the Appalachian Trail. It was just a really crazy feeling.” 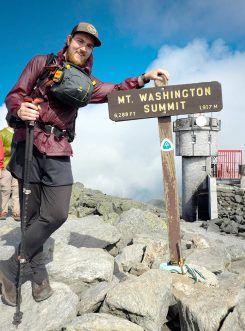 Ibey initially began his hike solo because “finding himself” was a reason for his journey.

“If I had someone from back home, I would’ve stuck with them, and I wanted to branch out and really get comfortable with people I didn’t know,” he said. “The trail has become really popular. It’s known as the People’s Trail, so there’s a really big community of people out there.”

Two days into his hike in Georgia, Ibey met two other hikers and traveled with them the rest of the way. Along the trail the group encountered their fair share of wildlife,  including a memorable meeting with a bear.

“In Virginia we had a bear come into our camp as soon as the sun had gone down and start messing with our food bags,” Ibey said. “I woke up and started yelling at my buddy next to me in his tent, and we all ran out in our underwear and bare feet and were yelling at the bear to get out of there. But this bear knew what he was doing and got about seven people’s food bags that night.”

And just as they were finishing the last part of their hike through what is known as the 100 Mile Wilderness in Maine, they had another encounter, this time with a mountain lion that  stalked them for several miles.

“It was sitting in the woods staring at us. It was the first time we were ever scared for our lives from an animal on the trail,” Ibey said. “Mountain lions stalk their prey for hours and can either attack it or just stalk it for fun. We hit a big clearing with a lot of wind, and I think the only thing that kept it from continuing to follow us was the exposed ridge line with the wind.”

Now back in Carmel, Ibey said it’s been a bit tough to adjust to the creature comforts of home.

“Life out on the trail is extremely easy going. Living back home is easy, but life has routines and schedules, so one thing I definitely miss is the freedom I had out there,” Ibey said. “I got to basically do what I wanted to each day and saw some amazing scenery. I’ve always been a pretty positive guy, but every once in a while I look at the photos I took along the trail and get that homesick feeling of wanting to be back out there.”

Ibey plans to make to make a coffee table book of his photos. He hopes to have it published within a year.

“It will be my view of the trail from landscapes to candid portraits of people, just a lot of storytelling,” he said. “It has made me realize who I am as an artist and what my niche is.”

As for what the future holds, Ibey is already planning other hikes,  including the Pacific Crest Trail,  a 2,650-mile journey that starts in southern California at the Mexican border and goes through California, Oregon and Washington to the Canadian border. 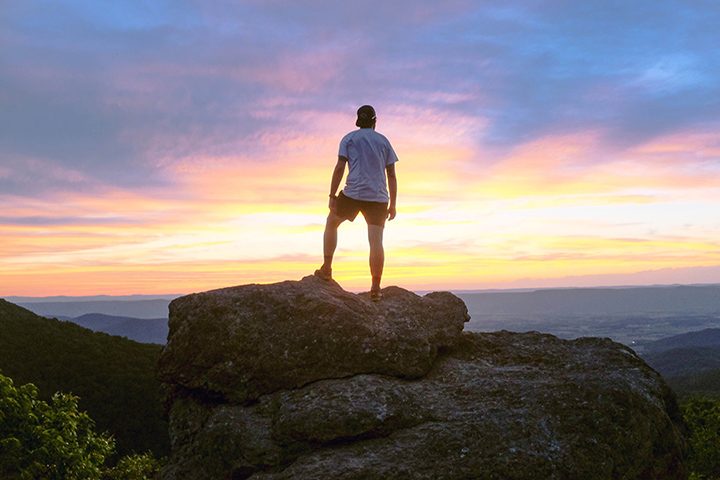 Aaron Ibey views a sunset during his hike of the Appalachian Trial in Shenandoah National Park in Virginia. (Submitted photo)