You are at:Home»Current in Carmel»Carmel Community»New Girl Scout troop launches in West Carmel

The Girl Scouts have launched a new troop for the Carmel West Service Unit. All interested fifth grade girls are encouraged to be a part of the troop, even if they do not live in the Carmel-West area. 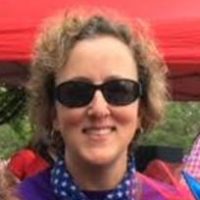 Ruth Perkins, registrar for the Carmel West Service Unit of Girl Scouts of America, said the new troop is opening because of increased participation in the area.  According to Perkins, there are roughly 400 registered Girl Scouts in the Carmel-West Division.

The Girl Scouts program began 100 years ago, and there are more than 1.9 million girls and 800,000 adults involved with the Girl Scouts of America.

The Girl Scouts have kept up with modernization by offering more technology-based badges while still offering the classic badges. Modern examples include badges for digital arts, science and technology and financial literacy.

“Camping, crafts and cookies are still definitely there,” Perkins said. “But there’s a lot more to it now.”

Perkins also noted that college scholarships are available for Girl Scouts who obtain the Gold Award in high school, which is equivalent to the Eagle Scout ranking in Boy Scouts.

For information on the Carmel West Service Unit of Girl Scouts of America, visit cwsu.org.