As a big music fan, Lisa Loeb said she understands what concertgoers want to hear. 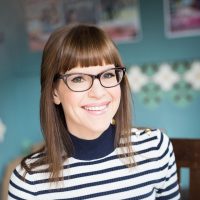 Lisa Loeb will perform at 8 p.m. Nov. 5 at The Warehouse. (Submitted photo)

Loeb will perform at 8 p.m. Nov. 5 at The Warehouse, 254 1st Ave., Carmel. Loeb will play a couple of songs from her new album “Feel What U Feel,” which is sold exclusively on Amazon.com.

“It’s a family friendly CD, probably a little more in the kids’ world,” Loeb said. “Everyone will enjoy it, I promise.”

Loeb began to get into children’s music about 10 years ago.

“I had an opportunity to do something different from what I normally do, which is pop, rock and singer-songwriter type of music,” Loeb said. “It wasn’t just for kids, it was for me. When I was growing up in the ‘70s and early ‘80s, there were a lot of things out there for kids. But they had something in it for grownups with humor, cleverness and storytelling. There was silliness but a lot of heart and imagination. I thought it be fun to make something entertaining at all those different levels.”

“I’m always off and on tour,” Loeb said. “I don’t do what I call T-shirt tours anymore where you are out for six weeks. When the kids get older, maybe we can do that tour across the country and we can integrate some shows. It will be a nice family trip.”

Loeb said if she is gone for more than a few days, one of the kids’ grandparents might come to help her husband.

“I’m not away from the kids much more than other working parents are,” said Loeb, who has appeared in several TV shows.

Loeb’s song “Stay (I Missed You)” appeared in the movie “Reality Bites” in 1994. It reached No. 1 on Billboard’s Top 100, making Loeb the only artist to have a No. 1 single without being signed to a record contract.

“I like places where the audience is expected to listen, (it) makes it more fun for everyone,” said Loeb, who has an eyewear line for her different glasses.