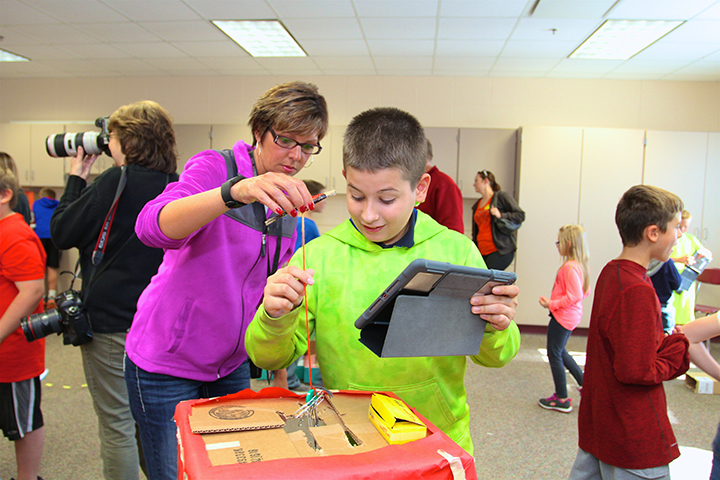 For more than a year, Mt. Vernon Community School Corporation’s three elementary schools have been growing their high-ability programs, centering around the implementation of STEM (science, technology, engineering and mathematics) education. 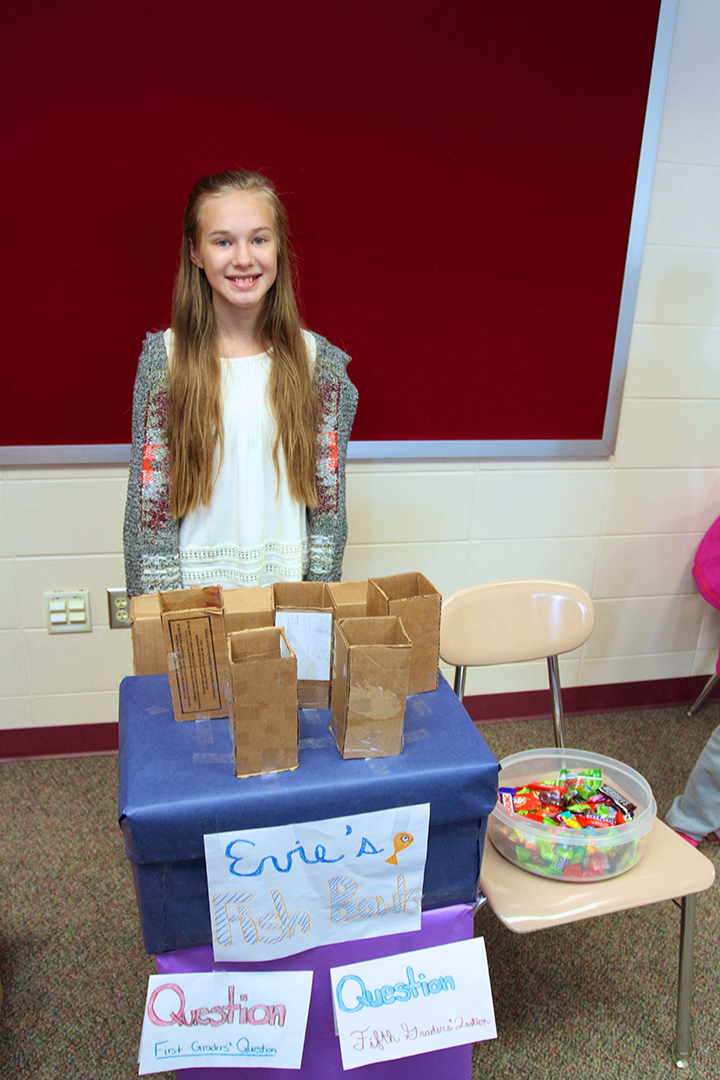 On Oct. 21, Fortville Elementary students showcased their creation of an entire classroom of arcade games created only out of cardboard and other recycled materials, a project inspired by Caine Monroy, a boy who grabbed social media attention in 2012 after an 11-minute film about his cardboard arcade inside his dad’s used auto parts store went viral.

Lauren Bailey, the high-ability teacher at Mt. Comfort Elementary, said the concept of students creating their own arcade games fully encompasses the goal of STEM.

“The science part of this project includes that whole engineering piece, constructing it, planning it, all of that,” she said. “Then, with the technology piece, they’ve researched online how to do things, and also, they each have an iPad integrated within their projects. You have to answer a math question before you can play the game, and there was tons of measuring involved for math. It’s actually more STEAM, because you have that art aspect in there as well. Some of the projects are pretty involved.

“Jessica Daugherty (the high-ability teacher at Fortville Elementary) actually saw (the Caine’s Arcade) video. So, that kind of sparked interest,” Bailey added. “We thought it looked really fun, and we thought, well, what better way to do this than with our high-ability groups?”

The high-ability program does more than special projects, though. Every day, the three teachers pull high-ability students out of their normal classrooms to do extra reading for 30 minutes. In addition, math is also taught twice each week for 30 minutes. 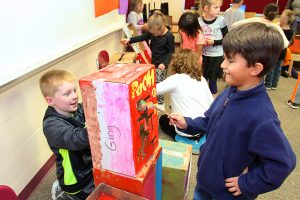 “One of the big goals is to try as hard as we can to get the kids to think for themselves,” Daugherty said. “Even when we started, they automatically wanted to start searching online, but I wanted them to try as hard as they could to come up with something on their own. For a lot of them, it was different just because it was so hands-on, and they’re so used to technology.

“It’s recognizing that their brains function in a different way and recognizing that they can push past these boundaries,” Daugherty added. “What’s been neat about this project is that there are things they did with their projects that I wouldn’t have even thought about at all. They felt empowered by it and working with their hands. They were so excited to create something.”

To get the program started, Daugherty wrote a grant application to the Mt. Vernon foundation to pilot the program in her school. It began small, with students reading extra just two days each week.

“Then, after the first semester, the district saw the benefits of the program, so we incorporated the two other elementary schools,” Fortville Elementary Principal Heather Noesges said. “This year, she’s here full time for both reading and math.”

“We’ve been really working on doing some project-based learning with our students, because honestly, they understand all the concepts that are being thrown at them,” Noesges said. “So we’re trying to get them to enrich the concepts they already know. This is really focusing on and incorporating building things and problem-solving at the same time.

“High-ability students really need to be enriched a lot more than what (a teacher) can do in an everyday classroom. Teachers do a great job differentiating their instruction, but just having the time to meet all the levels (of ability) in their classroom (is important). This is just extra support that these kids every day get 30 minutes to work with Mrs. Daugherty where she can push them beyond what they’re getting in the general-education classroom.”

Looking ahead, the district says it wants to expand programming for its high-ability students with expanded times and more areas of study incorporated.

Daugherty said she is already starting to purchase and gather materials for future implementation of makerspaces, defined DIY spaces where kids work to create, invent and learn.

On a larger level, the district said it hopes to expand high-ability times from 30 minutes and potentially hire additional staff, although nothing has been decided.