You are at:Home»Current in Westfield»City council approves Liberty Ridge, 5-0, house building to occur by early 2018 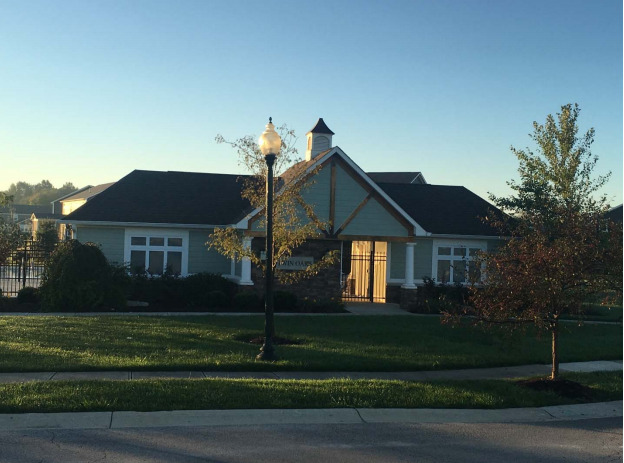 A character exhibit of one of the homes. (Submitted images)

Moving forward with a positive vote from Westfield City Council at its Oct. 24 meeting, the Liberty Ridge Planned Unit Development will begin site construction by early next year. Homes are expected to begin buildout late next year or early 2018, with approximately 2.5 homes constructed per month to equal a total of 36 to 40 months of buildout.

The location site of the development.

The subdivision rests on approximately 60 acres to the south of 151st Street and east of Towne Road. Since the introduction to the council in June, the proposal has undergone a variety of changes to appease to the public, council and plan commission.

A frontage road along 151st Street was created, and a minimum of 12 of the 20 frontage-facing homes have side load garages rather than front load garages. Along the frontage road, only one out of every four houses can be ranch homes. Ranch homes are limited to 56 throughout the development.

“This has been through public hearing and public comment, and the developer has met multiple times with neighbors in the area out there as well as various (advisory plan commission) and council members to try to get this improved,” Councilor Steve Hoover said. “We have been at this for several months, and I think this will be a good project, particularly considering what’s around to the south and the east with some commercial development. I think it’s a good transition to other residences in the western part of the township.”

The development also allows for 29 percent open space, whereas the zoning plan requires only 15 percent.

“This is to protect natural features and provide transition from the single residential lot to the subdivision,” Petitioner Jon Dobosiewicz said. “It allows for pedestrian connectivity not only through the construction of sidewalks but an internal path network.”

An amenity center was added to the development, which includes a pool, a pool house and a playground. CalAtlantic also changed the product type, which raised the price range. The subdivision homes were originally set at the low- to mid-$300,000 range, but due to the home revision, the average price is now expected to be more than $400,000.

“Personally, I’d like to thank CalAtlantic for stepping up,” Council President Chuck Lehman said. “I have a lot of confidence in our community, and I know they’ve upped their game a bit. I think it’s a good fit for the community, and it will be a good benefit for everybody.”

The council approved the plan, 5-0. The next city council meeting is scheduled for 7 p.m. Nov. 14 at Westfield City Hall, 130 Penn St.