You are at:Home»Current in Carmel»Carmel Community»Carmel success coach to give TED talk at Valparaiso University

Tim Shurr will be able to cross a major item, delivering a TED Talk, off of his bucket list. 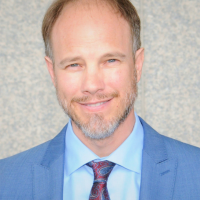 “Two years ago I decided I wanted to be a part of it, because it’s a big deal,” said Shurr, who describes himself as a success coach.

The Carmel resident will give a TED (Technology, Entertainment and Design) Talk on How to Train Your Brian for Success Nov. 4 at Valparaiso University. Shurr said the timed talk will be available on TED.com afterward.

“I wanted to share what I learned after 21 years of having conversations with thousands of people,” said Shurr, president of Shurr ! Success. “I realize we have potential inside of us that is tremendous, and most people are not aware of it. More people know how their smartphone works better than their brain. So we often sabotage ourselves without even knowing that we’re doing it.”

Shurr, who grew up in Hobart, will talk about the pain and anxiety he had as a kid when his father, Dale, was severely burned in a U.S. Steel mill accident. He was in the hospital for several months for third degree burns. His father didn’t let it stop him, eventually returning to work.

“That led me to spend the next 27 years of my life on how we can shift anxiety so we can find more inner peace,” Shurr said. “Then I’ll be sharing five different ways to train your brain so you feel more confident, you feel more secure, you feel more motivated, you feel calm under pressure and you’ll be able to get yourself to follow through.”

Shurr, 46, who has a master’s degree in psychology from Valparaiso, is a corporate leadership trainer.

Shurr will hold a Breakthrough To Success seminar from 9 a.m. to 4 p.m. Nov. 17 at 9100 Keystone Crossing, Indianapolis.

“I teach people how to turn their dreams into reality,” Shurr said. “It doesn’t matter what their goal is, if they want to lose weight or grow their business or improve their relationships.”