Nathan Koon loves the freedom his role in “Singin’ in the Rain” affords him. 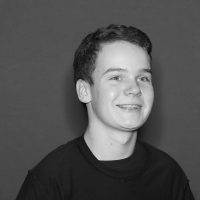 “His personality is Mr. Smooth, and I’m kind of awkward,” said Koon, laughing. “I enjoy playing a character who is well-liked and very respected in Hollywood culture.”

Koon will appear in Carmel Middle School’s production at 7 p.m. Nov. 11 and 12 at the school. Koon is cast as Don Lockwood, who was played by Gene Kelly in the 1952 movie.

“My mom watched the movie all the time when I was a kid,” Koon said. “I thought this will be fun, I’ll try out.”

Koon said “Singin’ in the Rain” is one of those musicals that everybody knows. Koon said he is adapting to the dancing.

“I enjoy singing a little more, but dancing is fun once you get the moves down,” Koon said.

Koon and fellow lead cast member Chloe Eades, both eighth graders and choir members, are making their debuts on the middle school stage. 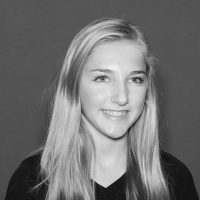 “I tried out last year and didn’t make it,” Eades said. “I tried out again because I really wanted to be a part of it, and I wanted to improve.”

Eades, who plays Kathy Selden, has seen the movie “Singin’ in the Rain” a few times.

Eades said she enjoys when her character sings and performs with her backup girls.

Trisha Scheidies, the school’s choral director, serves as the co-director. She said it will rain on stage.

“It’s a similar distribution system that Carmel High School used when they did the musical (in 2009),” ElRite said.

ElRite, who works with the performers on their lines, said he believes “Hamilton” has reignited interest in musical theater.

“We want to keep the old classics alive while kids are embracing some new stuff that is coming out,”  ElRite said.