An Indianapolis man has been arrested for the Sept. 28 shooting of a Zionsville resident. He is also believed to have fired shots at two IMPD district headquarters earlier this month. 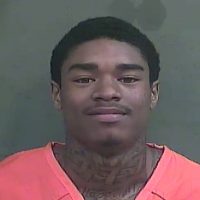 Damoine Wilcoxson, 21, barricaded himself and an infant in his apartment near 46th Street and Shadeland Avenue in Indianapolis as police attempted to make the arrest on Oct. 31. He shot at officers, who did not shoot back but instead used tear gas. At approximately 4:30 p.m., Wilcoxson was arrested, and no one was injured.

“It’s been a good day, a long day, a dangerous day. I praise God nobody got hurt,” Zionsville Police Dept. Chief Robert Knox said. “Now let’s move on to that next chapter. I’m very proud of the investigative team. They worked virtually around the clock with a very strong determination to chase this thing to its rightful conclusion.”

According to a probable cause affidavit, police connected Wilcoxson to the murder after determining that the same gun used in Zionsville was also used in shootings Oct. 4 and 13 at two IMPD district headquarters building. Investigators obtained DNA samples from shell casings and notes left at the IMPD shootings that matched Wilcoxson, who had been arrested for robbery in Ohio. 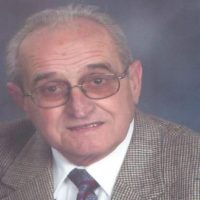 Wilcoxson is accused of murdering John Clements, 82, in his driveway on Terrace Drive as he checked the mail. For weeks, Zionsville police said the only evidence they had was witness reports that the suspect was a black male driving a white Impala.

Police found footage of what they believe to be the Impala used during the crime through a camera at the Hussey-Mayfield Memorial Public Library and on the dash cam of an officer on his way to the scene. After identifying Wilcoxson, they discovered an IMPD case report from July that stated Wilcoxson pulled a firearm and threatened to kill his girlfriend inside of her white 2012 Chevrolet Impala.

Police also used Facebook to gather evidence. Wilcoxson accepted a friend request from an undercover officer, who was then able to read information on his profile that was not public. According to the probable cause affidavit, among the information they found was a rant about killing people and terminology similar to the notes found at the IMPD shootings.

Knox refused to comment on how or why Wilcoxson selected his victim but stated that Zionsville investigators are conducting interviews with Wilcoxson in Indianapolis to gather more information.

“We’ve had two investigators assigned full time to this. They’ve just done yeoman’s work,” Knox said. “Hopefully (the arrest) assuages some of the anguish in the community about this awful thing that happened. (Zionsville) is a great community. It’s still a very safe community, but evil came and visited our community on Sept. 28. This was pure evil.”

According to a submitted news release from the Boone County Prosecutors Office, Wilcoxson faces a maximum penalty of 65 years in prison and a $10,000 fine for the Murder charge. An initial hearing on the Charging Information will be scheduled later this week in Boone County Superior Court I. This investigation is active and ongoing. The information is an allegation only, and the defendant is presumed innocent unless and until proven guilty at trial or by guilty plea.