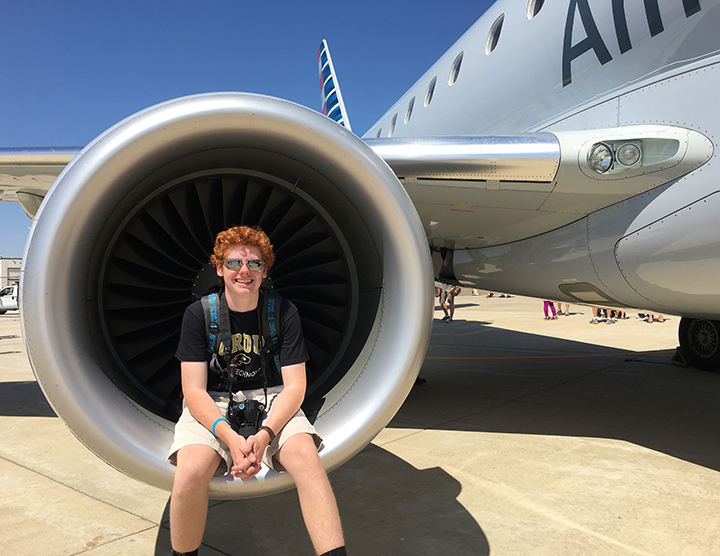 Alex Pegram loves planes and photography. So naturally, the Carmel resident wanted to combine those passions.

“My mother had a pretty nice camera I would play around with,” Pegram said. “The summer before I started doing aviation photography I took a flying camp and got introduced to the basics of flying, different types of weather charting and maintenance issues, ways to fix airplanes.”

Soon Pegram, now a University High School senior, figured aviation photography was the perfect hobby. In the fall of 2014, he started taking photos of airplanes.

“I had a telephoto lens, and I would look up and you see the contrails of the airplanes,” Pegram said. “Then I graduated to going to little airports around (Hamilton County), and then going to Indianapolis (International Airport).”

It’s mostly a hobby, but Pegram has made some money taking photos for corporate pilots. Pegram shoots military, commercial, cargo and crop dusters. He shot photos at the Oshkosh (Wis.) air show in July.

“You’re always looking for the perfect shot. You can get them landing, departing and in the air,” Pegram said. “I have two or three other buddies who like to do the same thing, and I meet up with them. It’s a neat community.”

Taking several photography classes at UHS has helped him improve tremendously, he said.

Pegram, 18, is working on his private pilot license.

“I’d like to be a corporate pilot, flying business jets,” said Pegram, who is considering attending Purdue to study aviation.

“With the BMW Championship, we had 30 jets in 45 minutes (Sept. 5), which is pretty crazy,” said Pegram, referring to the PGA Tour event in Carmel.

Pegram posts the photos on Instagram @indy_spotter and has a following of more than 7,000.

“I’ve met so many people across the world doing what I do,” said Pegram, who met one plane photography enthusiast at London’s airport while on a trip to Ireland. 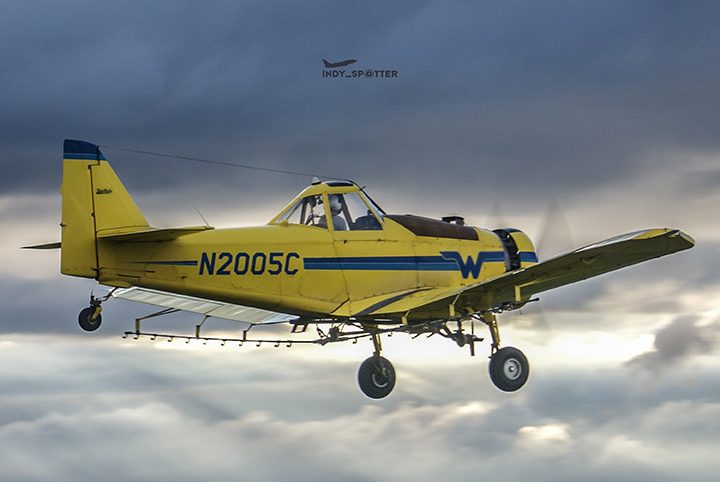 One photo he took of a crop dusting pilot in Wisconsin in summer 2015 has a special meaning.

“A couple of weeks later, I received an email from the owners of the business asking for additional prints of the pilot with the yellow plane,” Pegram said. “Tragically, he had crashed into the woods while spraying a field of potatoes. His plane disintegrated upon impact, and the young pilot was killed. The owners wanted additional copies of my photos to give his family who were left grieving his death. I realized then how a brief and unexpected encounter could affect another person.”