For Toby Stark, it just seemed the right time to step down as executive director of Chaucie’s Place. 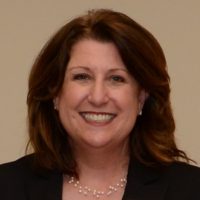 Chaucie’s Place is a child advocacy organization based in Carmel that focuses on the prevention of child sexual abuse and youth suicide.

“It’s almost handing off of the baton,” said Stark, who has been executive director since 2010. “I’m going to stay involved in the transition as long or as short as the board needs me to be a part of it. I’m 100 percent committed to the great work that Chaucie’s Place is going to continue to do. I do not have my next chapter lined up, simply because it was so important for me to give the board the flexibility of my time.”

Stark said now that the announcement is public she will begin to have conversations about her next step.

“For me personally, it was the right time,” Stark said. “Chaucie’s Place is in such a strong position right now. The staff is second to none. The board of directors is an amazing,  committed group of people. Our community partnerships, relationships and supporters really have never been stronger. When you think about an organization moving on to its next step or leader, now is the perfect time for that to happen.”

Stark said the nonprofit was going through a lot of transition when she started.

“I set a vision for what I wanted to accomplish for this organization in partnership with the staff and the community because we never accomplish anything by ourselves,” Stark said. “In those six years, we collectively accomplished that vision and that goal.”

Stark said she is proud of the increased numbers of children the organization is now serving. When Stark started, she said there was one program in a handful of schools in Hamilton County.

“Now, we have three programs in seven counties in Central Indiana,” Stark said. “That means there are children in these communities that have a level of protection today that they’ve never had before because of the great work Chaucie’s Place staff and volunteers are doing.”

During Stark’s tenure, Chaucie’s Place adjusted the organization’s mission to focus on prevention and education, rather than the founding mission of responding to allegations of sexual abuse, Board President Rich Taylor said.

The board of directors has formed an executive search committee to find Stark’s successor.

“Toby has been a crucial part of the organization’s positive reputation and establishment in the community and will be greatly missed,” Taylor stated in a news release.