You are at:Home»Current in Fishers»Boombozz Pizza and Taphouse opens in Fishers

Boombozz Pizza and Taphouse recently opened in Fishers at 9887 E. 116th St. The restaurant is known for its specialty pizzas and its local brews. The name “Boombozz” comes from Italian slang and means wild, crazy, and fun. 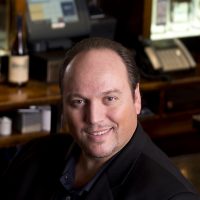 “We opened the second week of August. It went great. It’s been one of biggest in the company history in terms of the locations that have opened over the past few years. It’s been very well received,” said Tony Palombino, Boombozz founder and CEO.

The pizza has won numerous awards and was featured in Food Network Magazine’s 50 Best Pizzas in 50 states.

“We’re definitely very food-focused. We make our own Italian sausage. Nothing is processed. We cook everything in house to use as toppings on our pizzas,” Palombino said. “We just try to do things a step above from others. We have amazing relationships with the local breweries. Obviously, Indiana has always been a pioneer in the Midwest for breweries, and it just keeps coming. We just have this amazing group that we’re tied in to in terms of doing first time offerings and pairing those craft beers with our product. It goes along with the atmosphere as a whole.”

While Boombozz focuses on pairing its food with craft beers, they are also family-friendly.

“We’re very family-focused. They can come in and feel comfortable watching the game, eating the pizza and having a few craft beers,” Palombino said. “Those three are very important to us to make sure they work together. The Indiana liquor laws make us have some type of separation between the bar and family area. As a whole even though we have that small separation we’re still very family focused regardless of any age group.”

Boombozz offers a party room for large groups and are involved in community fundraising. For more, visit boombozz.com.