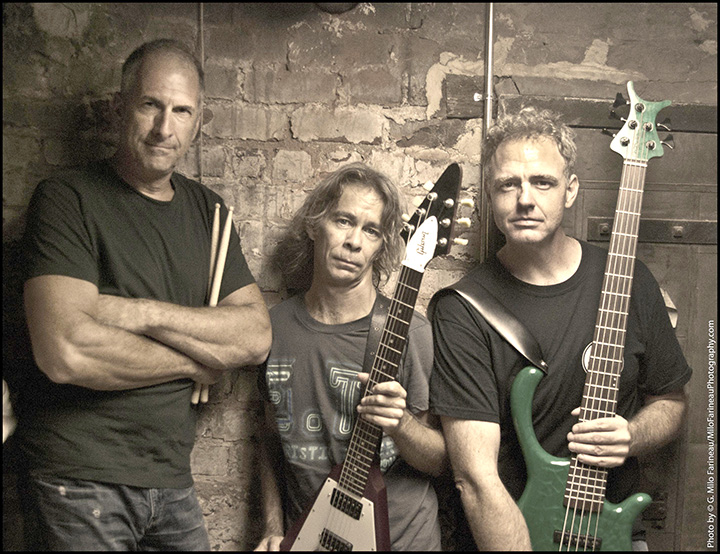 As the lead guitarist for Dave Matthews Band, Tim Reynolds performed before several thousand people during a two-night stint at Klipsch Music Center in Noblesville in July.

Reynolds is looking forward to the 150-seat Warehouse’s listening room. On the current tour, TR3 is playing a mixture of bars and smaller venues.

“We also do some acoustic stuff with the trio,” Reynolds said.  “It’s fun to play those gigs. In a bar there is more energy and everyone is (shouting). In a bar, you tend to play to that energy. It’s loud and rock and roll. In the listening rooms, we play a whole bunch of other songs we don’t play in a bar because they’re too mellow. That’s awesome because we get to play these songs we really love to play because they are more intimate. We have a song ‘Lonely Woman,’ which is like a jazz swing ballad, or we could play a Tom Waite song or stuff of our own, too.”

Reynolds said although TR3 will play some random covers, the set will mostly  be songs from their albums.

“We’ve been playing together since 2007,” Reynolds said. “It’s been really awesome to get tighter and tighter. Something about playing with people for a long time makes it easier and more fun. We try to play different songs every night. Sometimes it’s easy to get into certain songs because you know people are going to like them. It’s fun to learn new songs because it challenges yourself and the audience. It’s fun to change it up.”

Reynolds said Dave Matthews Band has a similar approach to switching up setlists or arrangements of songs.

In addition to TR3, Reynolds has a solo acoustic tour set to start in December. He also has few dates scheduled where he performs as a duo with Matthews.