You are at:Home»Current in Fishers»Fishers fourth PastaBowl totals 15,228 pounds of pasta 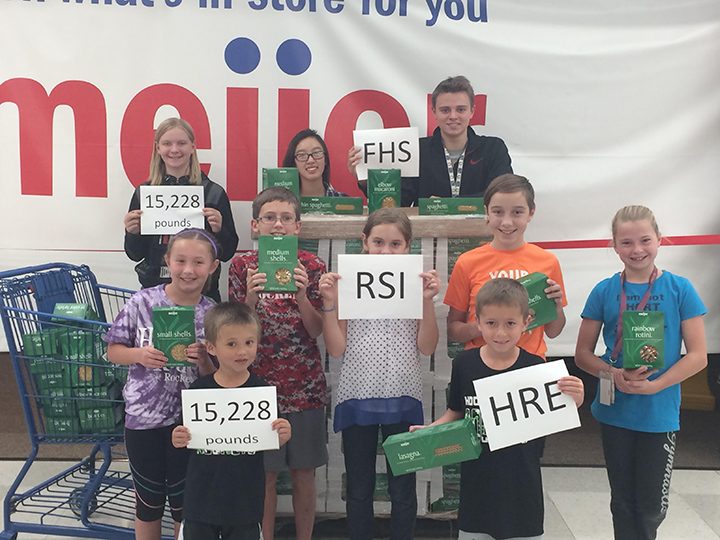 The Fishers community united last month in a friendly competition to collect pounds of pasta for local food pantries.

This completed the fourth year for the city’s PastaBowl. The competition was between all 21 schools in the Hamilton Southeastern district. Launch Fishers and Fishers City Hall also served as collection sites.

On Sept. 27, the totals of the collected pasta were counted, equaling 15,228 pounds of pasta. This year’s total was the most pasta collected in the history of the PastaBowl.

The campaign aims to also generate awareness that one in seven local children struggle with food insecurity.

“It’s really integrated. Launch Fishers has a site, city hall has a collection site, and several area businesses promote it, so it’s a really a community-wide event,” Freedom Kolb, executive director of the Hamilton Southeastern Education Foundation, said. “There are several reasons for pasta. It’s relatively inexpensive for our families to donate, but more importantly, it doesn’t have a quick expiration date, and it is among the most popularly requested from food banks and food pantries because it can stretch meals which helps people that are struggling. It can please all pallets from a diversity perspective, you can turn it into any type of cuisine.”

Last year, the PastaBowl brought in approximately 13,000 pounds of pasta.

Traveling trophies were awarded to Fishers High School, Riverside Intermediate and Hoosier Road Elementary for collecting the most pasta in each division.

“The good deed doesn’t stay in the confines of our school district, our hope is other communities pick up and participate in a PastaBowl type of week so it becomes more like a central Indiana event,” Kolb said.