You are at:Home»Current in Carmel»Carmel Community»Accents’ Princess Academy returns after successful first year 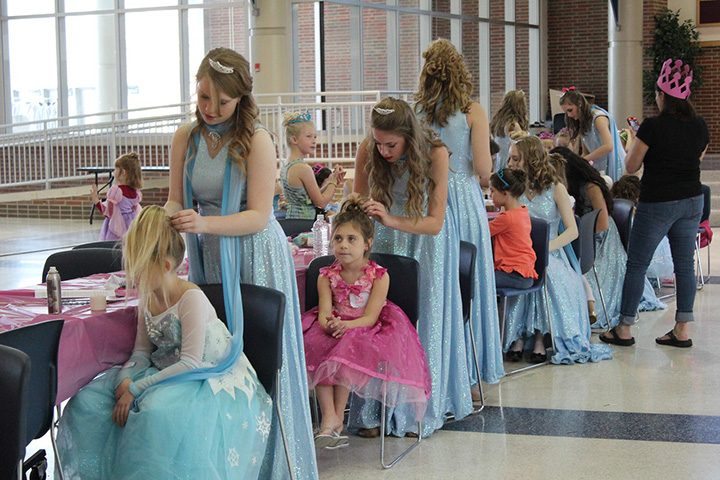 “It’s not like boring fundraising. It’s one of the reasons I stayed in Accents last year, because it was so much fun,” Porter said.

The Princess Academy is set from 1 to 4 p.m. Nov. 5 at the CHS freshman cafeteria.

“I thought it would be a great idea for our community here in Carmel,” Kouns said “This is such a family-oriented community, and I personally have two young daughters, so this was near and dear to my heart. We didn’t know how last year would go since it was our first time, but it was a huge success.”

Kouns said more than 100 children ranging in age from 4 to 8 years old attended in princess costumes.

The Accents dress up as Disney princesses and some played the role of Fairy Godmother.

“They get to dress up as princesses, or if they want to, as a prince,” Accents senior Hannah George said. “We have stations around the freshman cafeteria. The stations are set up as arts and crafts and story time. They can paint their nails and get their hair done.”

“At the end they have a recital for their parents,” George said. “Their parents get to see the Accents sing and the little kids perform with the Accents. It’s a really awesome experience. It’s a mini-Disney World.”

Porter played Belle last year and will be Pocahontas this year.

“I mostly walked around and talked to them,” Porter said. “They took pictures with us. It was really cute.”

Tickets are $30 and are on sale now at ticketracker.com.