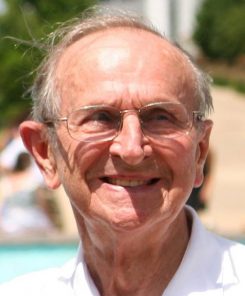 For 34 years, Bernie worked in automotive design at the GM Design Center. Upon retirement, Bernie and Anna moved to Higgins Lake, Mich., where they lived for 20 years. They enjoyed fishing, boating and grilling outdoors with their grandchildren, before moving to Indiana in 2012. Bernie was an amazing man and a loving father, husband, brother and grandfather.

In addition to his parents, Bernie was preceded in death by his brother, John Celusnak.

Memorial contributions may be made to Alzheimer’s Association, 50 East 91st Street, Suite 100, Indianapolis, IN 46240.