You are at:Home»Current in Carmel»Carmel Community»Chaucie’s Place’s executive director steps down 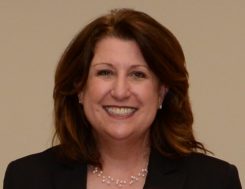 Chaucie’s Place Board of Directors today announced that Toby Stark has resigned as Chaucie’s Place’s Executive Director.  After six years of devoted work to move Chaucie’s Place to the next level, Stark s tated it’s the perfect time to hand off the leadership of the organization to a new leader who will take Chaucie’s Place on to its next chapter.

“It has been a complete honor to work with Chaucie’s Place’s staff, board, volunteers and supporters,” Stark stated in a press release . “I don’t know that I’ve ever seen – or will ever see – such a committed group of community volunteers and supporters as I have seen and experienced here at Chaucie’s Place. This has truly been one of the most meaningful and special experiences of my professional and personal life.”

“Toby joined Chaucie’s Place at a crucial point in its transition and growth. When she first joined the team in 2010, the organization was affected by significant market changes requiring a leader to help the organization evolve beyond these challenges. Upon joining the team, Toby and the Board of Directors called upon community leaders to assist in assessing community needs. As a result, Chaucie’s Place adjusted the organization’s mission to focus on prevention and education, rather than its founding mission of responding to allegations of sexual abuse,” s tated Rich Taylor, Chaucie’s Place’s Board President.

With a new focus on prevention and education, Stark and the Chaucie’s Place staff expanded the programs offered exclusively in Hamilton County to seven counties including Tipton, Madison, Hancock, Boone, Delaware, Hendricks, and Marion Counties. The expansion into these seven additional counties resulted in exponential growth.

During the 2015-2016 school year alone Chaucie’s Place staff and trained volunteers taught Smart Steps: A Body Safety Program for Children™ to nearly 24,000 elementary school children and since 2010, nearly 6,000 adults have participated in the Stewards of Children® child sexual abuse prevention training for parents and adults who work with or care about children. Additionally, nearly every school district in Hamilton County has implemented Lifelines® Youth Suicide Prevention Program. Over the last six years, Stark has diligently worked to achieve her vision for the organization she set upon her arrival in 2010.

The staff remains steadfast in providing the absolute best child sexual abuse and youth suicide prevention programs to the community through this seamless transition.

The Board of Directors has formed an Executive Search Committee and launched the executive search to strategically identify the appropriate leader to expand the vision set under Stark’s leadership. Chaucie’s Place’s board of directors sees this transition as a prime opportunity to build on the current framework with a focus on continued growth to meet the ever-evolving needs of the community.