You are at:Home»Current in Zionsville»Site of proposed liquor store concerns Zionsville, Whitestown neighbors 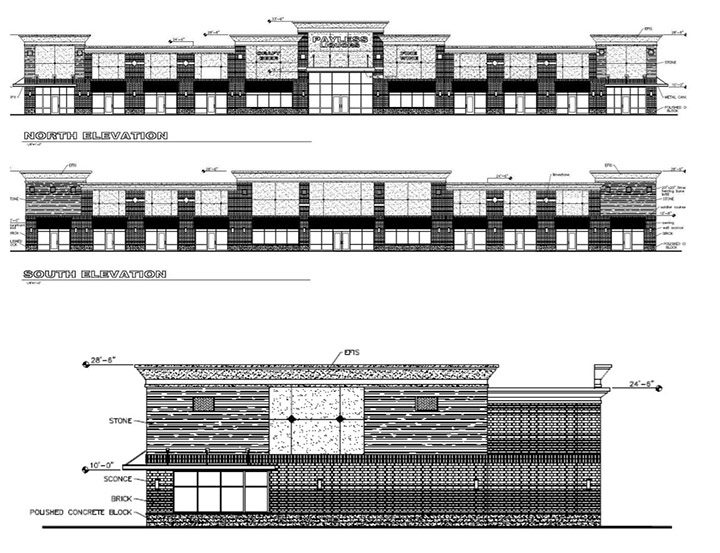 The concept plan for a development that includes a proposed liquor store. (Submitted rendering)

Several Whitestown and Zionsville residents are concerned about the location of a proposed liquor store, a site they believe is better suited for something else.

Innovative Engineering & Consulting, Inc. has petitioned the Whitestown Plan Commission for approval of a concept plan on 1.85 acres at 7201 E. Whitestown Pwkwy. that would include a multi-tenant building. Payless Liquors is the only announced tenant.

Residents in the nearby Stonegate and Maple Grove neighborhoods said they were surprised when they learned a liquor store was proposed in an area near several schools and neighborhoods with young families.

“This store would be directly on the path that my kids – and hundreds of others – travel each day to get to and from Boone Meadow, Stonegate and Zionsville West Middle School,” Maple Grove resident Chris Winebrenner said. “Not only might it pose a safety risk, but frankly, I don’t think my second grader and preschooler need to see a liquor store every time we drive to and from school.”

Stonegate resident April Brown said families in the area would prefer to see a family-friendly business.

“It would be nice, since they’re putting crosswalks up, to make it something that families and kids can go to,” Brown said. “A liquor store tucked in between two neighborhoods really doesn’t make a lot of sense.”

Whitestown Director of Planning and Community Development Lauren Bailey said she has received numerous comments from residents echoing those concerns, as well as others.

The site was zoned General Business in 2007, and its permitted uses include liquor stores. Bailey said that when the plan commission considers the concept plan on Oct. 17 it cannot deny the petition based on a liquor store being proposed at the site.

She said the commission may table the issue to give the petitioner time to meet with residents and address concerns. The Whitestown Plan Commission is scheduled to discuss the matter at 6:30 p.m. Oct. 17.

State law requires that alcohol sales not happen within 200 feet of a school or church. Bailey said this proposed location is “a lot further” away than the requirement

The liquor store is expected to be open from 10 a.m. to 10 p.m. Mondays through Saturdays and employ 10 people.

Representatives from developer KLC Realty did not return a call for comment as of press time.