You are at:Home»Current in Carmel»Trump supporters gather in Carmel to watch debate 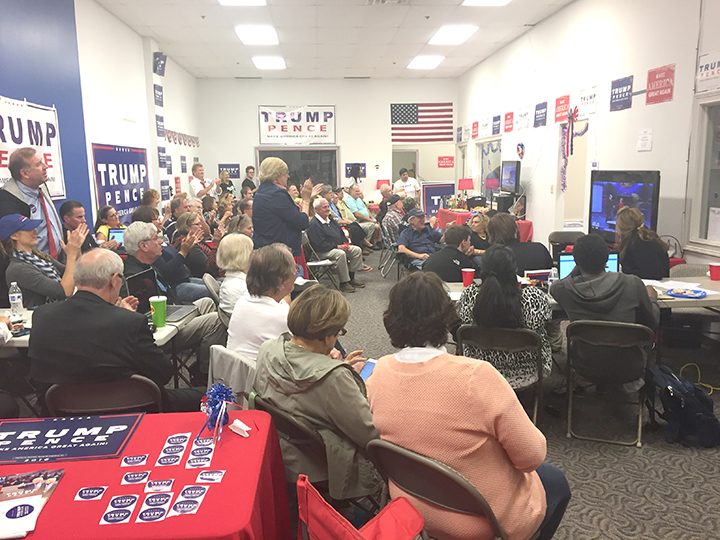 Some attendees stopped by before the broadcast started to shake hands, make phone calls, grab yard signs and listen to speakers before heading out to watch the debate elsewhere. Rex Early, chairman of Trump’s Indiana campaign, gave a speech to the crowd.

The crowd enjoyed simple potluck gathering snacks such as brownies and potato chips along with cold cans of Miller Lite while watching the 90-minute debate.

Trump supporters in the room said they were happy with their candidate’s performance.