You are at:Home»Current in Westfield»Torch passes through Westfield, stops at history-rich Union Bible College 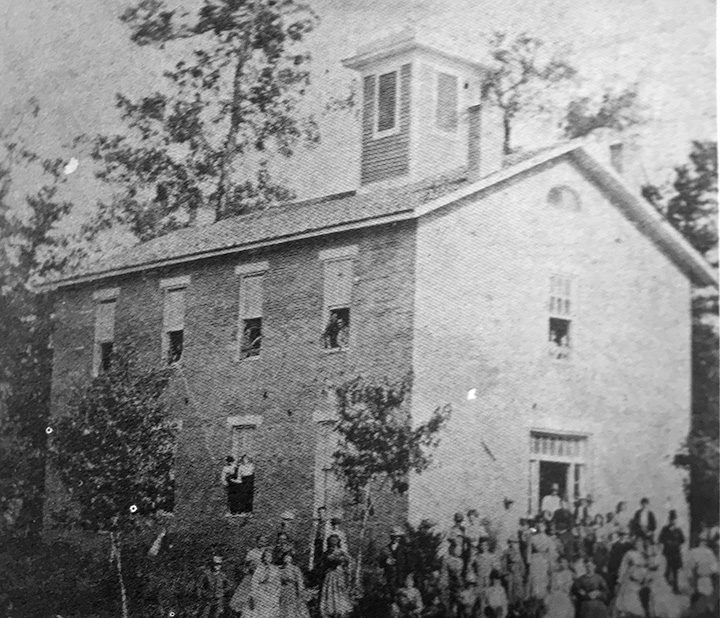 Union High School as it originally looked in 1865. (Submitted photo)

On Oct. 13, our community will stop briefly to cheer on the Bicentennial Torch as it passes through Westfield.

Designed by Purdue University engineering students, the five-pound torch will pause in Westfield in front of Union Bible College on South Union Street from 4:45 to 5 p.m.

In 1860, a committee of Quaker residents was put together consisting of David Baldwin, Calvin Hunt and Levi T. Pennington in order to collect funding to build a school for members of the Society of Friends. After raising $2,000, a two-story building was erected on a three-acre campus. On Jan. 7, 1861, Union High School officially opened, with a total of 65 students. John R. Hubbardwas the school’s first principal, with his wife Susan serving as associate principal.

It should be noted that although co-educational institutions were a rarity during this period of American history, Union’s  first graduating class had one girl, Manzanita Anderson Covode.

As you might expect, the campus – like the community that surrounds it – has changed a bit through the years. To get an idea of the rich history of the site, find a copy of Betty M. Bradbury’s “The Walls Talk: The Story of Union Bible Academy.”

And while you’re there cheering on the Bicentennial Torch this week, I also encourage you to appreciate the property on which you’re standing, and its connection to Westfield’s past.