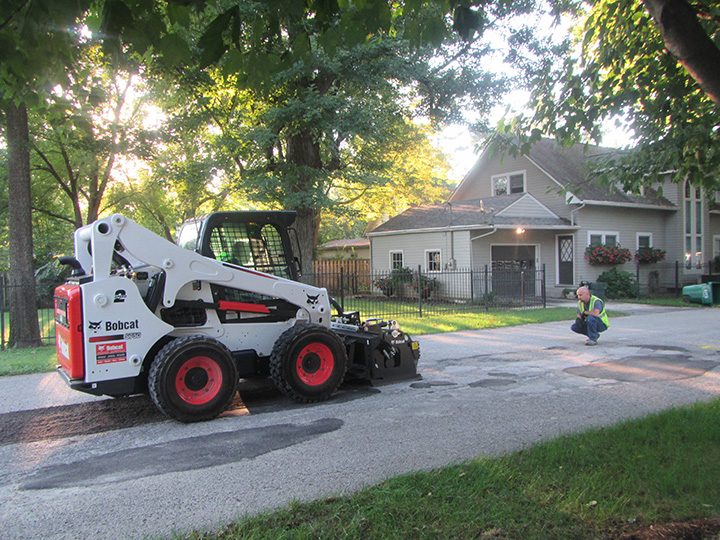 The Zionsville Street and Stormwater Dept. has a new machine that will make road repair a quicker and easier process.

The $17,000 milling machine is the first of its kind for Zionsville. It is designed to repave small sections of roads.

“Before we had this machine we had two methods of maintaining roads. That was what we called the throw and go method or full depth repairs,” said Amanda Dorman, Zionsville director of communications. “Throw and go is basically what people know as pothole repair. That’s when there are potholes and you put asphalt in a hole and compact it. Then move on to the next area. A full depth repair is really cutting out a full section of roadway and fully re-constructing it all the way down from the sub-grade up to the surface.”

Those two methods of repair have pros and cons.

“This milling machine essentially replaces that throw and go process. Basically, for potholes that have three or more inches of depth it’s fine to fully re-construct the road,” Dorman said. “It’s where there are areas where there are surface imperfections that are only an inch or so deep. They’re so shallow they don’t hold asphalt well. To do a full pothole repair doesn’t work as well. It’s not a great long-term solution because they are shallow and when you place asphalt in it, it creates a lunar-like surface.”

The machine has already been put to use repairing parts of Pine Street. With brush and limb season approaching, use of the machine will be put on hold until leaves and limbs can be cleaned up.

“It’s great because it’s a fast and efficient process,” Dorman said. “It’ll be great longer-term, as well. I think people are happy that we’re getting to these roads that have needed it.”