Actress Lauren Briggeman views “Finding Home: Indiana at 200” as a love letter to the state. 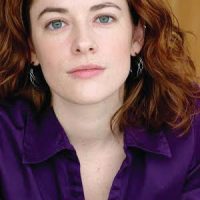 The play is an Indiana Bicentennial collection of stories written by  writers from all over the state. It includes songs from Indiana singer-songwriter Tim Grimm. The show will run from Oct. 18 to Nov. 13 at the Indiana Repertory Theatre.

“I think the audience is just going to love the show,” Briggeman said. “There are a lot of pieces that will remind people of what they lived through or witnessed. There is a lot of variety. There are pieces that are upbeat and joyful, and there are pieces that talk about some of the darker points of our history. There’s lovely music in the show.”

The Indianapolis resident said she appears in a number of different pieces. Briggeman plays Janet Gutherie, the first woman to drive in the Indianapolis 500.

In another piece, she plays a descendent of former President William Henry Harrison.

“It’s kind of interesting because we communicate across time,” Briggeman said. “I do a couple of poems that are involved in the show. I don’t know if I’ve been in a play where I’m in different pieces or vignettes. But I’ve been in plays where I’ve had to play several different characters, which is always a really fun challenge.”

This is the second IRT production for Briggeman. She performed as Jean Louise “Scout” Finch in “To Kill a Mockingbird” earlier this year.

“I play Scout as a grown-up, and she narrates the show,” Briggeman said.

Briggeman grew up in Carmel. She attended Our Lady of Mount Carmel school before going to Cathedral High School, where she graduated in 2003. She graduated from Purdue and has been pursuing an acting career ever since.

“The fun thing about theaters like IRT is there are five of us who are local and five of us not local,” Briggeman said. “It’s really fun to work with artists from different places.”