You are at:Home»Current in Fishers»Fishers selected as Indiana Association of Cities and Towns Green Community of the Year

Recently, the Indiana Association of Cities and Towns selected Fishers as one of the cities to receive the 2016 IACT Green Community of the Year distinction. Only three cities in Indiana accomplished this, the other two being Westfield and Whiting. 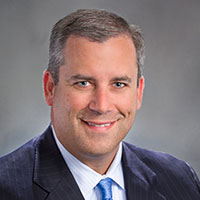 All three received an award during the IACT Annual Awards Luncheon at 11:30 a.m. Oct. 5 in French Lick.

“The IACT Green Communities program is a fantastic way for cities and towns to showcase their hard work and commitment to smart, efficient practices,” IACT Executive Director and CEO Matt Greller stated in a press release sent to Current. “The survey required is extremely comprehensive, lending credibility and prestige to the Green Community designation. The fact that Fishers, Westfield and Whiting have all earned this designation in previous years is evidence of a true commitment to green practices that improve the quality of life for their residents.”

Representatives from participating cities had to complete a 51-question survey regarding purchasing, operations, measuring succes and sample projects. In addition to the three Indiana cities meeting the minimum score required to be a Green Community, they also earned the highest score in their population category to become a 2016 IACT Green Community of the Year.