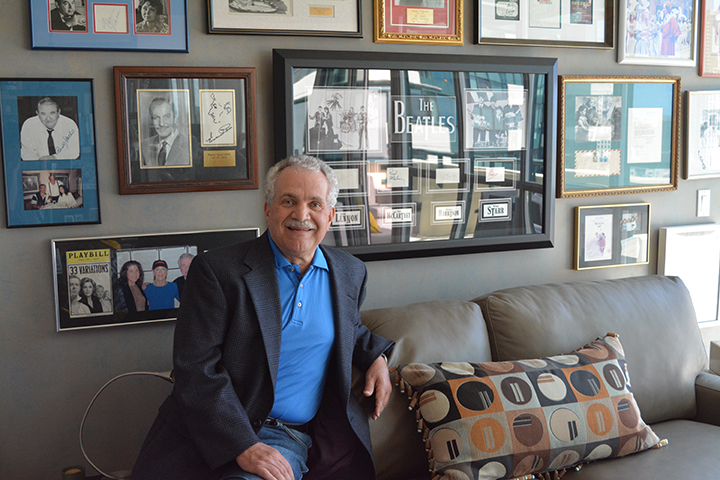 Chairman of the board for Heartland Film Festival, Gary Cohen talks on his love of film and theater. (Submitted photo)

Gary Cohen has an easy way to explain how much he is looking forward to the Heartland Film Festival.

“The fact that I’m not going to be at the opening on Broadway tells you how excited I am about Heartland,” Cohen said.

Despite being investors, Cohen and his wife, Marlene, are missing the Broadway opening night of “The Front Page” with Nathan Lane. It falls Oct. 20, the same day the 25th annual Heartland Film Festival begins in Indianapolis.

Cohen, who serves as chairman of the board for Heartland, lived in the Geist area for nearly 30 years before he and his wife sold their home in 2013. The Cohens split time in San Diego and Las Vegas but are frequent visitors to Indianapolis. 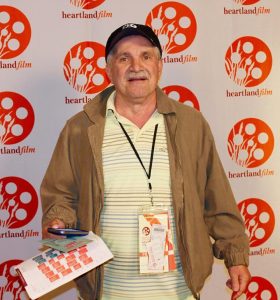 Cohen returns to Indiana for the Heartland Film Festival each year.
(Submitted photo)

“We have a new president (Craig Prater) and new vice president of development (Michael Ault) in place, and everything is clicking for Heartland right now,” he said.

“I’ve been involved in Heartland for eight or nine years,” he said. “I’ve watched it develop and grow and met some great people.”

Cohen and Marlene produced a 2010 documentary, “Dumbstruck,” about ventriloquism. Marlene is a ventriloquist and often used her puppets while teaching in Indianapolis Public Schools. The idea of doing the documentary came from her daughter Lindsay and her husband, Mark Goffman.

“It ran in some film festivals, including Heartland,” Cohen said. “It gave me some insight because I went to some other film festivals. It helped me better understand the other side of Heartland. I’m chairman of the board of Heartland, but it helps I’ve also produced a film, so I understand what the independent filmmakers are coming into and what they’ve been through. It helps me have better insight as we shape our festival at Heartland to make it a win-win for both the filmmakers, the donors, the sponsors and, of course, the volunteers.”

Heartland’s mission is to inspire filmmakers and audiences through the transformational power of film.

“I know what a hidden gem it is, and I know what a great festival it is,” Cohen said. “It’s a major accomplishment for a film festival to get its 25th year.”

Cohen has been investing in Broadway shows for approximately 15 years. After he retired from Finish Line in 2012, he got more active in the Broadway show world.

“I actually got into producing,” Cohen said. “Now, my wife and I have our first Broadway show that we will be an above-the-line producer, opening in March 2017.”

Cohen said being an above-the-line producer means they will be listed in the Playbill with the credit and things like that.

The play will be “Come From Away.” Cohen saw a production of it in La Jolla, Calif., and contacted producer friends in New York.

The musical tells the story of the Canadian town of Gander taking care of 6,579 airline passengers stranded there after the 9/11 attacks because they couldn’t land in New York.

“It’s an upbeat, unbelievable musical showing how people care about people during the horrible (aftermath of) 9/11,” Cohen said. “It’s really a musical about 9/12, what happened after and how people helped each other.”

The Cohens attended the opening of “Come From Away” at Ford’s Theatre in Washington, D.C., last month.

“It’s a risky world, but it’s exciting and fun,” Cohen said of Broadway. “The ratio is probably 80 percent of everything that opens on Broadway closes and doesn’t recoup its return. That’s how bad it is. It’s fun and challenging. I’m learning more and more about producing. That’s why I’m doing the development process, shows that are actually in development now.”

Cohen is working on some development projects, such as recreating the musical “Paint Your Wagon.” Another project is  “The War of the Roses,” which was recently performed at the Delaware Theatre Company.

“If the show would go to Broadway, you would be a producer on that show,” Cohen said. “It’s not easy to get into the producing world on Broadway. There are people that have been there for 30 years. It’s a very close club. You have to start knowing the right people. Luckily, we’ve met some really great people who are in the world.” 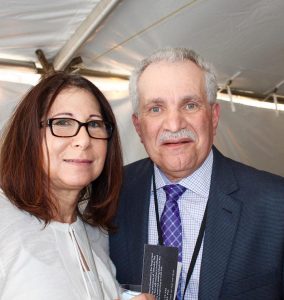 Education and career: Graduated from Broad Ripple High School and Indiana University. Also graduated from Northern Kentucky law school. Prior to being counsel at Finish Line for 15 years, he was a private practice attorney for 25 years in Indianapolis.

Favorite Heartland film: “’Precious’ … It’s not a fun movie, but I think the acting is phenomenal,” Cohen said. “It’s a truly moving picture. It was very inspirational. It was a difficult film to watch because it made me realize everyone’s life isn’t perfect. I was proud Heartland was able to embrace a tough film like that.”