Looking to grow its audience, 101-year-old Booth Tarkington Theatre takes a bold and bawdy step into the land of adult language and sexual innuendo when it presents Mel Brooks’ horror film parody, “Young Frankenstein.” Running Oct. 21 through Nov. 5, the over-the-top musical is best suited for teens and adults. 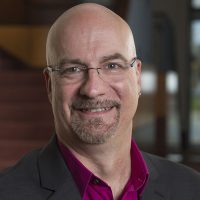 “Civic Theatre is known, certainly for the last 50 years of existence, as being primarily family-driven with big Broadway shows, classic plays, and things like that, and we certainly want to maintain that reputation,” said Michael Lasley, executive artistic director who has been with Civic since 1990. “At the same time we are looking for opportunities to expand our audience to something a little more adult without getting too far outside the family realm.”

Civic tested the waters two years ago with a production of Monty Python’s “Spamalot,” similar to “Young Frankenstein” in its adult language and situations, and the play was well-received.

“This (‘Young Frankenstein’) seemed like a natural progression,” said Lasley, noting that the season still includes family gems such as “Beauty & the Beast,” “The Music Man” and “The Complete Works of Shakespeare (Abridged).” “You don’t want to turn your back on your bread-and-butter audience, but we’d like to attract more from the 21-40-year-old crowd.”

In “Young Frankenstein,” Frederick Frankenstein (Steve Kruze), the grandson of the infamous Victor Frankenstein, inherits his family’s estate in Transylvania. With the help of a hunchbacked sidekick, Igor (Damon Clevenger) and a sexy lab assistant, Inga Frederick (Devan Mathias of Fishers), Frederick finds himself in the mad scientist shoes of his ancestors and brings to life a monster (B.J. Bovin of Carmel) rivaling his grandfather’s creation. The monster escapes, triggering all kinds of hilarious situations.

The musical is based on Brooks’1974 comedy film starring the late Gene Wilder. Lasley traveled to New York to see a video production at the New York Public Library of the Broadway musical, partly to check out Robin Wagner’s original set design. Civic is renting a scaled-back version of the national tour’s set and costumes.

“A lot of times you are getting original drawings, the prop list, and things like this, but sometimes it’s really hard to figure out how it all fits together and works,” he said. “By watching the video I was able to see the broad strokes of the set, which will make it a lot easier to understand what I must deal with when it rolls off the truck. We won’t get the set until Oct. 12, and we open the show nine days later.”