You are at:Home»Current in Zionsville»Zionsville man arrested for incident that led to 3-month-old baby’s death 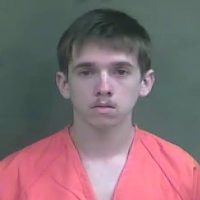 A Zionsville man has been arrested for shaking a three-month-old child hard enough to result in the infant’s death.

Police arrested Ronald D. Robbins, 23, without incident Oct. 2 in Pittsboro. Robbins is accused of grabbing and shaking his son Sept. 11. The baby was transported to Peyton Manning Children’s Hospital and found to have severe bleeding on the brain caused by a non-accidental injury. He died on Sept. 23.

Robbins is being held without bond in the Boone County Jail. He is charged with aggravated battery and neglect of a dependent resulting in death.

This is the second shaken baby case in 2016 in Boone County.