You are at:Home»Current in Westfield»Westfield Chamber of Commerce presents Lantern Awards Sept. 23 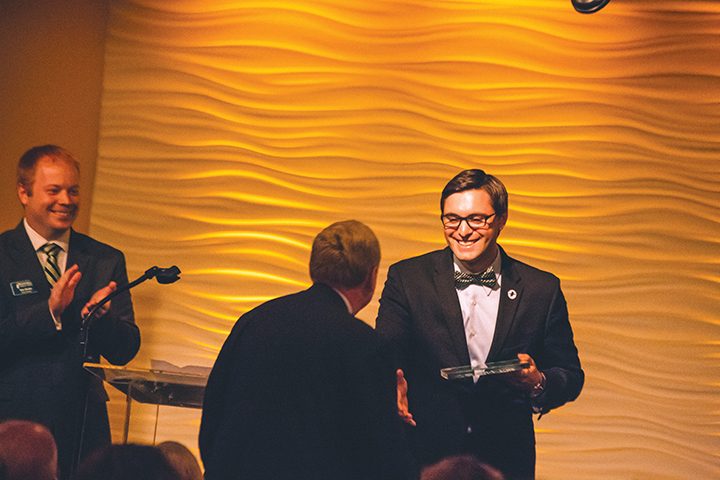 Westfield residents and employees filled the Palomino Ballroom on Sept. 23 to recognize the recipients of the annual Westfield Chamber of Commerce Lantern Awards presentation.

Various awards were presented, and for the first time, there were two Wick Awards for volunteer of the year, as well as the creation of the President’s Award.

Dennis Hays, the recipient of the Exemplary Employee Award, received a standing ovation from the crowd and a presentation by Mayor Andy Cook. Hays has worked with the city for 14 years and serves as the ground maintenance laborer in the Public Works Dept.

“You have seen Dennis out there on the streets, and you’re going to see him again,” Cook said during his presentation. “I ask you to do this. If it’s safe, roll down your window and say ‘thanks, Dennis.’”

Angie Edwards and Courtney Nichols tied for the Wick Award, and chamber president Jack Russell presented Eric Lohe with the President’s Award for his involvement in the chamber over the years.

The chamber chooses a lantern to represent the awards in honor of Westfield’s Quaker background and history with the Underground Railroad.