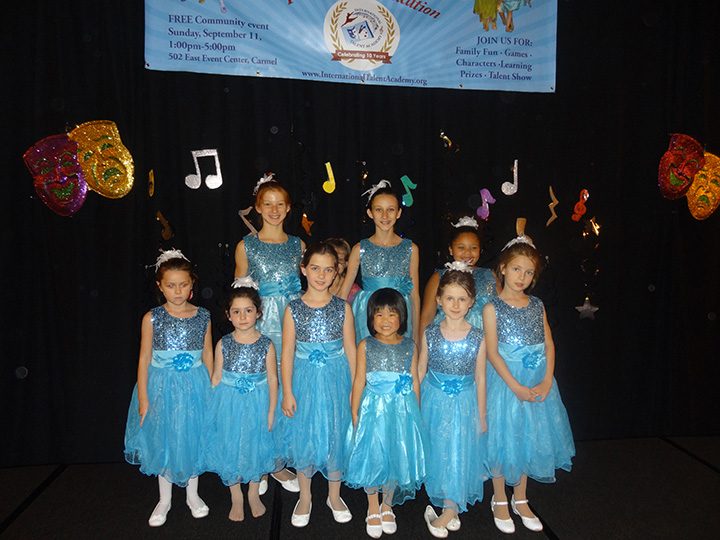 The International Talent Academy saw incredible success with its first Children’s Festival for Arts and Education, hosted in celebration of the Carmel nonprofit’s 10th anniversary. ITA was established in 2006 to provide kids in Carmel access to a world-class performing and liberal arts education.

The Sept. 11 event took a unique approach to making education fun for kids. Game booths, representing an area of ITA’s programming in music, theater, dance, etiquette, public speaking and early brain development, allowed children to have tons of fun, laughing and playing while learning. Prizes weren’t the only thing keeping kids at booths, however. Manny children had so much fun they played the games mulitiple times, learning something new each time. Parents were amazed by the amount of creativity and learning.

A huge surprise was waiting for kids after the game time, as children got invited to interact with characters in a big circle to display their talents. Kids couldn’t keep their eyes off of the apparent fairy tale magic of talent unfolding in front of them. Becoming the cast themselves, they sang, danced and tongue-twisted to prove what incredibly talented young individuals they are.

When the talent show unfolded, all were amazed at the caliber and variety of acts performed by children of all ages. The show’s finale featured a performance troop from ITA performing an original song as a gift to all Carmel kids and the mayor of Carmel: “The Hymn of Carmel Arts.” Mayor Jim Brainard was so pleased with the performance  he presented ITA with a Golden Key to the Arts.