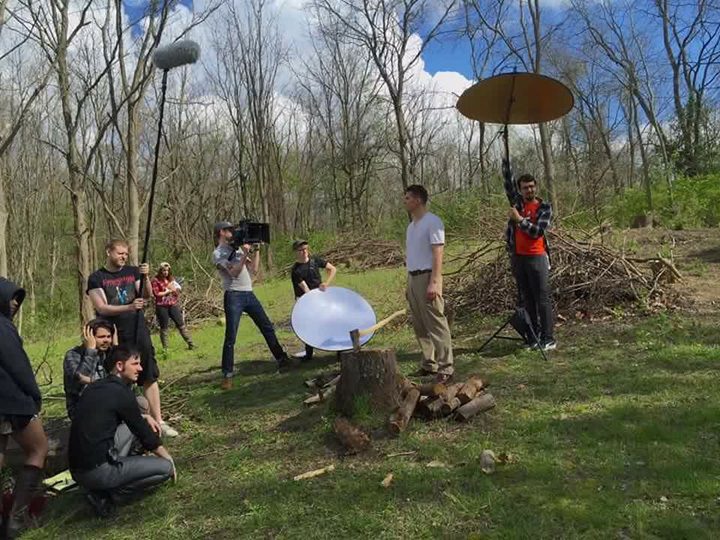 There will be one showing in one theater at Flix Brewhouse, 2206 E. 116th St., Carmel. The movie is directed by Earl Wayne Crabtree II.

“It is about this personal trek of the soldier who has lost his family and his belongings and his entire life is ruined. It’s a short film, and throughout the film you will get to know where he ends up,” “Kassel” Event Manager Daria Barwinska said. “It’s emotional. It’s right at the end of World War II.”

Many of the cast and crew’s families will be in attendance, but Barwinska said the show is targeted for others as well.

“Family will come and support, and at the same time, we want it to be open to the public. We want to spread the word about the movie and make it available to somebody not related to the crew,” she said. “For one, of course, it’s going to be a matter of support for Indiana and the locally-based film crew, but at the same time, it’s a very interesting movie. Its touching on a little bit of inner personal struggle as much as it is extreme and drastic because it is a concept of the war. It’s an internal picture of struggle and where that takes your life after something horrible happens.”

Although the movie is fiction, Barwinska said there are true aspects.

“It has elements to it that are very true or very real, and somebody who remembers the war could relate to a lot of events that happen in the movie,” she said.

The movie is set in Kassel, Germany. Tickets are $25 before the event or $35 at the gate. For more, visit eventbrite.com/e/kassel-short-film-premiere-tickets-26683553226.