You are at:Home»Night & Day»Entertainment News»Booth Tarkington Civic Theatre students to perform in “Gypsy: A Musical Fable” 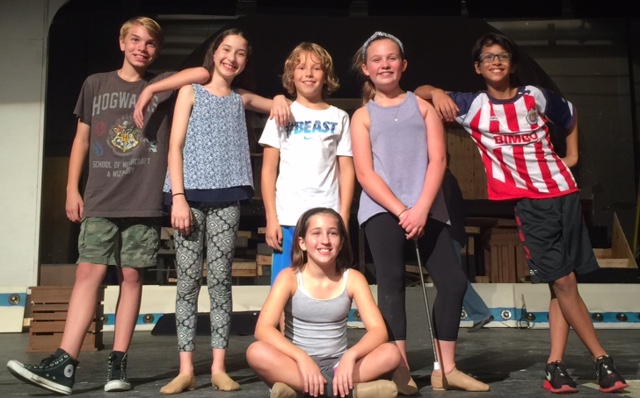 Each of these performers has participated in education programming and performance opportunities at Civic. Mary Kate Tanselle, Lauren Csiadone, Maddux Morrison and Aiden Shurr recently performed in the 2016 Jr. Civic Musical “The Trial of Goldilocks” and are members of the Jr. Civic performance group Act One. Anjali Rooney performed last season in Civic Theatre’s mainstage productions of “Disney’s Mary Poppins” and “Fiddler on the Roof.” Aiden will be playing the role of Chip in Civic Theatre’s upcoming mainstage production of “Disney’s Beauty and the Beast.”

Jr. Civic students have opportunities in many programs, one being the Jr. Civic Musical Theatre Summer Camp. The  camp is where many of these kids have worked with Kenny Shepard, an instructor at the camp as well as the choreographer for Anderson University’s “Gypsy” production.

“I teach at dance intensives, theater camps and festivals across the country, but my favorite is working with the Jr. Civic kids each summer in Carmel,” Shepard said. “When the AU production needed young talent, I told the director I had it covered if we could get the cream of the crop from Civic. And we did. These kids learned the show in three rehearsals and are turning it out like the real pros they are. One of my favorite things about theater is being able to give opportunities to deserving and talented young people. With Holly (Stults Haas) and Brent’s (Marty) help, we were able to do just that.”

The cumulative training at the Booth Tarkington Civic Theatre helps to provide the foundation to help kids pursue performance opportunities in other musical theatre productions in their schools, around the community, and beyond.