You are at:Home»Current in Fishers»New Little Free Library added to Fishers’ Holland Park 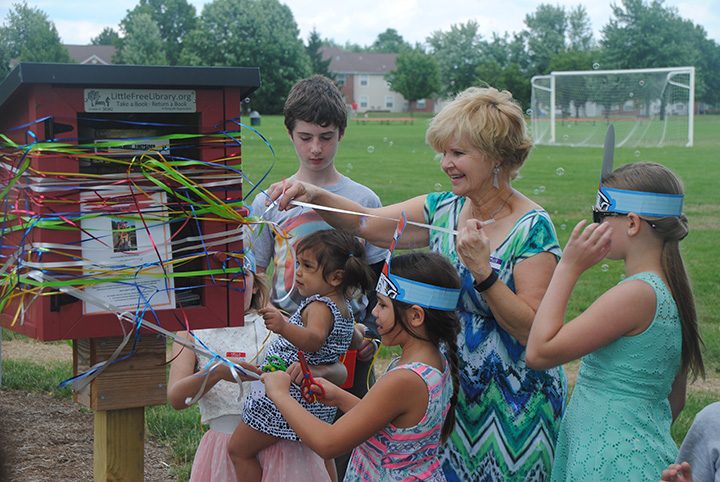 With the support of the community, along with inspiration from a grandson, a new library was built.

Sparks was inspired to create the new Little Free Library because of her grandson, Caleb Sparks, who has auditory and visual dyslexia.

Inspired by Caleb’s Dyslexia and his favorite place to play, Marj Sparks had an idea and placed an announcement on nextdoor.com, inviting community members to a meeting regarding adding a Little Free Library to Holland Park.

The first donation for her project was from a familiar face.

“Caleb’s oldest cousin, Aiden Randolph gave the first dollar,” Sparks said. “He ran as fast as he could to give money.”

The community raised $641, which beat their goal of approximately $400. The City of Fishers honored its agreement with Sparks where if she raised the money then Fishers would plant the library in Holland Park.