You are at:Home»Current in Zionsville»Zionsville resident to complete Indiana AIDS Walk in memory of friends

Don Elliott had a deeply personal reason for getting involved with the Indiana AIDS Walk. 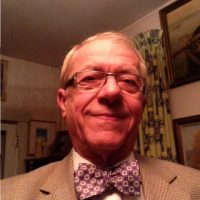 “Over half of my address book disappeared in the early years of the AIDS epidemic,” Elliott said. “It was shocking to the gay community as well as the community at large. So losing that many friends gave me a cause to support, not only to try to find a cure but to help those that were infected and affected by HIV/AIDS, because the services that could be rendered to those were not being provided by other institutions in the city. The Damien Center as well as the Health Foundation (of Greater Indianapolis) were the two major vehicles of support to the people with HIV/AIDS in the state.”

Elliott, a Zionsville resident since 1972, will participate in the 26th annual Indiana AIDS Walk, which is set from 4 to 6 p.m Sept. 24 in the Herron Morton Place Neighborhood at the corner of Alabama and 16th streets. The walk is designed to raise awareness of HIV/AIDS and raise money for the Gregory R. Powers Direct Emergency Financial Assistance Fund. The fund pays for emergency expenses for Indiana residents with HIV/AIDS or who are at or below the poverty level.

Elliottt, who started Franklin Barry Gallery in Zionsville, moved his art gallery, which includes The Frame Shop, to downtown Indianapolis in 1996. Elliott first got involved with Indiana Cares, an agency for people affected with HIV/AIDS, in the late 1980s.

Elliott said the Indiana AIDS Walk created teams to raise competition among religious and professional organizations and businesses. Elliott said he has participated in every AIDS Walk since its start, including the last several years as a member of the Fighting Squirrels team.

The late Michael King, who was infected with HIV, started the Fighting Squirrels. Elliott said the team has raised more money than any other team the past several years.