You are at:Home»Current in Carmel»Carmel Community»Village of West Clay home to International Roundabout of the Year 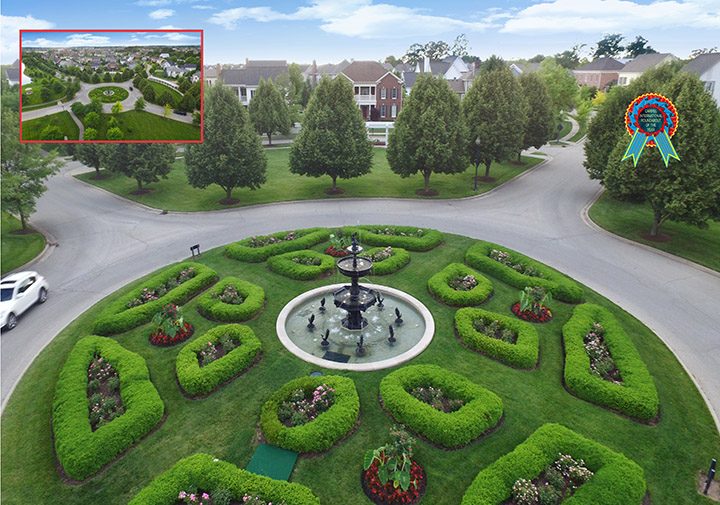 The roundabout on Horseferry Road in the Village of West Clay was named the 2016 International Roundabout of the Year. (Submitted photo)

One of Carmel’s roundabouts has been named the world’s most beautiful, according to a group called the UK Roundabout Appreciation Society.

The roundabout on Horseferry Road, just south of Main Street, within the Village of West Clay, earned the title of “International Roundabout of the Year” for 2016 and will be featured on the cover of the organization’s annual calendar.

The roundabout features landscaping with a fountain in the center and manicured hedges.

“The roundabout in Carmel is beautiful, and unlike most cities in the U.S., Carmel truly embraces its roundabouts,” said Kevin Beresford, president of the UK Roundabout Appreciation Society.

This is the second consecutive year a Carmel roundabout has been featured. Last year, the roundabout at 4th Avenue and Main Street was featured in the calendar. Carmel has 97 roundabouts, but the 100th roundabout is expected to be complete later this year. Dozens more are scheduled for construction through 2018.

Carmel Mayor Jim Brainard often talks about the safety benefits, environmental impact and traffic flow of roundabouts. But he said they also are more attractive than traditional traffic lights, which is important for quality of life.

“Many people have chosen to spend their lives in Carmel, and part of making Carmel attractive, given that we don’t have mountains or oceans, is to build a beautiful city,” he said. “Landscaping in roundabouts is one way to beautify our city.”

“Such a large part of our taxpayer money is spent on streets, and so I think it’s important to make our streets beautiful,” he said.