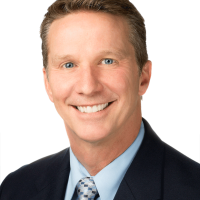 Dr. Chuck Dietzen didn’t start out wanting to be a pediatric doctor.

“I was raised Roman Catholic and I wanted to be St. Francis, so the closest thing I could see to that was being a veterinarian,” said Dietzen, referring to the patron saint of animals. “But from the time I was seven to 27, my parents took in about 150 foster children over 20 years. My mom started pointing out to me I had a gift with children, and maybe I should consider pediatrics.”

Dietzen, a Zionsville resident who grew up in rural Kokomo, is the chief of pediatric rehabilitation medicine and medical director for inpatient rehabilitation at Riley Hospital for Children at Indiana University Health.

In 1997, Dietzen founded Timmy Global Health, originally called the Timmy Foundation. The mission, which is to expand health care around the world, is named for his older brother who died as an infant. Dietzen, known as Dr. Chuck, has written a book called “Pint-Sized Prophets” about his experiences.  He will have a book signing from 3 p.m. to 5 p.m. Aug. 27 at Black Dog Books, 115 S. Main St., Zionsville. The book was released in March. All of the proceeds of the book go toward his mission.

Dietzen shares the wisdom the children share with him as he is by their bedside, some who are very sick and some that don’t make it.

“I kept telling people I’m not the story, I’m the storyteller for these kids,” said Dietzen, who graduated from IU Medical School in 1987. “I’m blessed to be able to do what I do.”

Dietzen said he was finally persuaded to write the book.

“If you hang out with the kids I do, they take you to the edge of life and death and love and loss,” Dietzen said. “It just helps you prioritize what’s really important.”

Dietzen said Timmy Global has been in 29 different countries trying to help out their international partner organizations.

“We work with local nonprofits to be as successful as we can be,” Dietzen said.

Timmy Global uses medical and nursing students and undergraduates, many from Indiana colleges, on its missions.