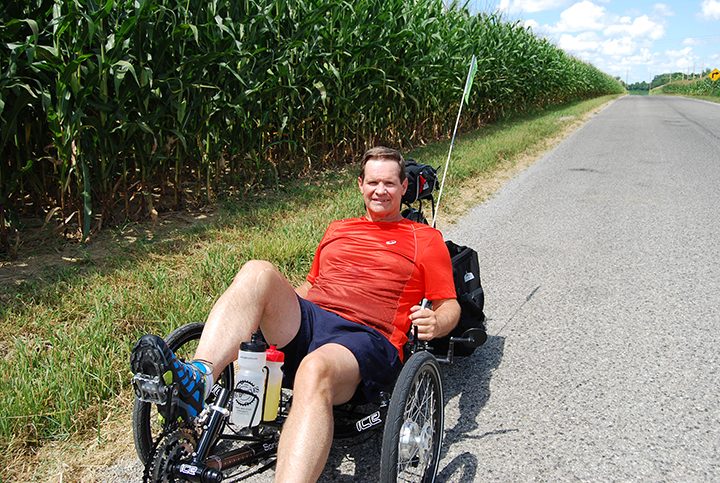 Glenn Howell will ride a recumbent bike around Lake Michigan to raise money for his church and efforts it supports. (Submitted photo) 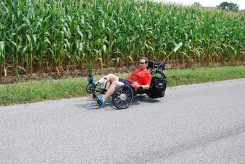 Glenn Howell will ride a recumbent bike around Lake Michigan to raise money for his church and minstry efforts it supports. (Submitted photo)

Howell will preside over church services Aug. 28, his birthday, then drive to Ludington, Mich. After spending the night with a fellow pastor, he will take a four-hour ferry to Manitowoc, Wis., Aug. 29, and begin his journey over the top of Lake Michigan.

“It’s an adventure for me,” said Howell, who rode across Indiana on a regular bicycle in two days when he was 33.

“We have some things we’re doing to make our youth ministry stronger and make it a better place for kids,” Howell said.

Another $25,000 will go toward finishing roofing on the west wing of the church. The final $10,000 is for funds to complete a women’s community and education center in the Congo.

“This is one of the most war-torn places in the world, and every bad thing you hear about limbs being chopped off and women being serially raped, that is all there all the time,” Howell said. “The women are doing amazing things when they can just get together and work on community solutions. We’re trying to provide the gathering point for them to do their work and to support them with that.”

Howell said the heaviest amount of giving will come around his birthday, but more than $10,000 has already been raised.

Sometimes congregation members are asked to give a little more than they normally give.

Howell has been the ZUMC pastor for five-and-a-half years.

“As someone who sees him every day, not just on Sundays, I get to see many ways in which Glenn lives out his faith and encourages people to live out the mission of our church to lift lives,” said Jon Ellegood, ZUMC director of youth ministries. “The 60 for Sixty campaign is a tremendous undertaking, for someone of any age, and I look forward to the remarkable ways in which these funds will impact lives here locally and around the world.”

Della Arnold, a Zionsville resident and congregation member, said Howell is always thinking of interesting and altruistic things to do.

“We are proud of his efforts and just hope he is safe,” Arnold said.

The trip will take 10 days, with nine riding days and one rest day. Howell will spend that day with a retired pastor in Traverse City, Mich.

During the trip, Howell will stay in hotels, bed and breakfasts and friends’ of the congregation’s connections. 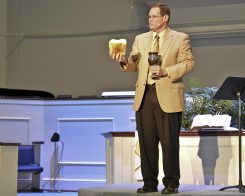 Personal: Rochester High School graduate, played football at University of Indianapolis before a knee injury ended career. Graduated from UIndy in 1978 and Christian Theological Seminary in 1987. Prior to living in Zionsville, Howell worked in Evansville for 18 years. Has a daughter, Moriah, son-in-law John Roberts, and three grandchildren, who live in Zionsville.

Appropriate name: Howell has named his recumbent bike Rocinante, which is the name of fictional character Don Quixote’s horse. He calls the bike Roxi for short. 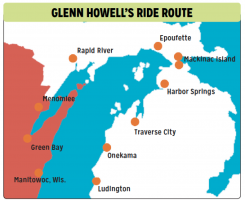 Glenn Howell will begin his ride in Manitowoc, Wisc., and end in Ludington, Mich. (Submitted graphic)