You are at:Home»Current in Geist»Lawrence Night at Lucas Oil Stadium planned as Rose Parade fundraiser for Marching Pride 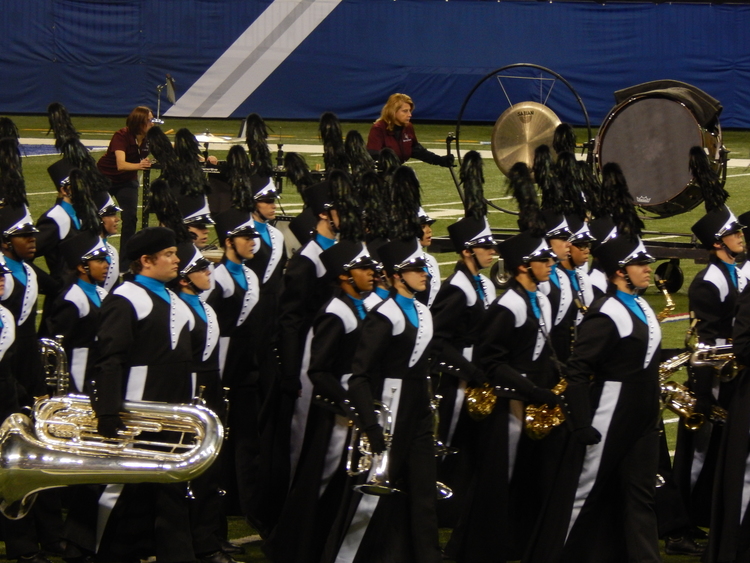 The Marching Pride is a joint effort between Lawrence Central and Lawrence North high schools. The group is raising funds for its trip to the 2017 Rose Parade. (Submitted photo)

While some were lucky to escape the heat and humidity of an Indiana summer inside air-conditioned homes and offices, 270 young members of the Marching Pride of Lawrence Township band had no choice but to labor in sizzling temperatures and sticky humidity this summer.

“A week before school started they had their week-long band camp (July 25-30) and were going for about 14 hours a day outside in the heat,” Metropolitan School District of Lawrence Township Athletic Director Grant Nesbit said. “They were going all day, every day. That was followed by a week of long rehearsals before football season started.”

Not only was the group perfecting its songs and steps for the season, but was also preparing to march before a live crowd of 700,000 along the streets of Pasadena, Calif., not to mention 81 million watching on television, as the Marching Pride has been invited to perform in the Rose Parade, Jan. 2, 2017.

The Marching Pride is a joint effort between Lawrence Central and Lawrence North high schools. In only its first year of existence in 2015, the band was an Indiana State Music Association finalist and a Bands of America Grand National finalist. Although this will be the Marching Pride’s first trip to the Rose Bowl, the Lawrence Central marching band participated in the 2005 parade.

The band needs approximately $800,000 for the trip and is collecting donations in a fundraiser Sept. 2 at Lucas Oil Stadium. The “Lawrence Night” event will combine music and football. In addition to the band performing outside and inside the stadium, the Belzer Middle School choir of 75 will sing the National Anthem before football players from the township’s various levels of competition take over the turf.

Youngsters from the Lawrence Township Football League will take the field at 5:45 p.m., followed by a game between Belzer and Fall Creek middle schools. The Lawrence Central and Lawrence North teams will meet in the 8 p.m. nightcap. Admission is $10.