You are at:Home»Current in Zionsville»Indiana Dept. of Natural Resources grant to fund Eagle Creek stabilization

Zionsville Parks and Recreation got a welcome boost from the Indiana Dept. of Natural Resources Division of Fish and Wildlife. 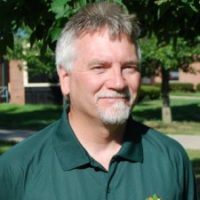 Of the 33 grants awarded, a project submitted by Zionsville for Eagle Creek Reservoir was one of three receiving the maximum Lake and River Enhancement grant of $100,000. Four other projects received more than $60,000.

“It’s a reimbursing, matching grant,” said Matt Dickey, superintendent of Zionsville Parks and Recreation. “We have to come up with the money and spend it first, and then we are reimbursed.”

The LARE grant is an 80/20 grant, so the parks department will provide a 20 percent match. Dickey described it as a bigger bang for taxpayer dollars.

The grant will be used for a portion of streambank stabilization of 780 feet of Eagle Creek in Starkey Park. The project will reduce sediment in the stream, protect the stream from erosion and enhance the in-stream habitat. Several habitat enhancements will be made.

Dickey said it will have a tremendous impact in reducing sediment and erosion in Eagle Creek.

Dickey said the work will be put up for competitive bids over the fall and winter and that his department will begin engineering work to identify the treatment design and determine cost estimates for the project.

“You cannot start the work until low water, which will probably mean an August or September start next year,” Dickey said.

The project is expected to be finished by September 2018.

Since 2009, the Zionsville Parks Dept. has received more than $500,000 in grant funds, including two previous LARE grants. In 2014 it also received a $100,000 grant for 200 feet of streambank stabilization in Starkey Park, just downstream from the new project.