You are at:Home»Current in Geist»End of an era: Geist’s Cole reflects on 15 years of area jewelry sales 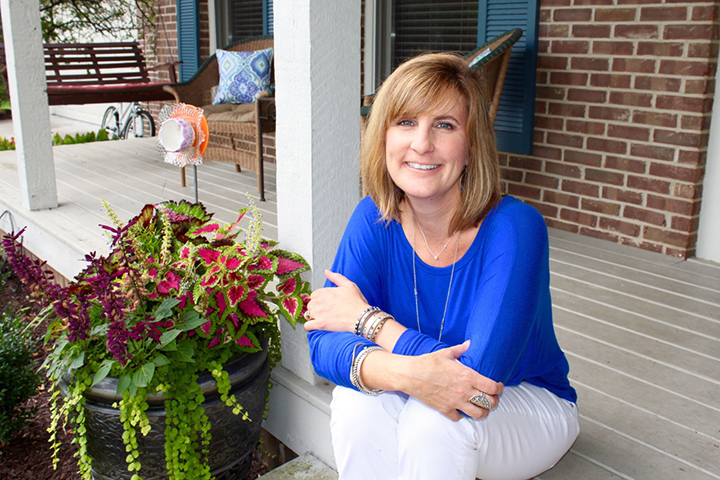 What began as a way to continue working while raising her young children became a way of life for Geist resident Marnie Cole, who started her stay-home career selling jewelry with Silpada Designs in 2002.

“I did my due diligence in corporate America for a little while,” she said. “I did that from about 1993 to ’99 and then I had a baby. I was going to stay home for a little while before I went back to my job and found Silpada during that time. I decided I wanted to do that for awhile and see if I could do something from home for a bit. Then I just kept having babies, and my business kept growing, so there was no need to go back.” 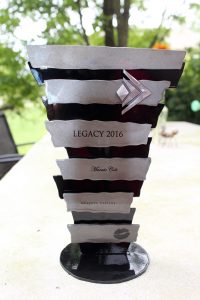 Geist’s Marnie Cole with the Legacy Award she received
from Silpa- da Designs earlier this year for recruiting 100 people
to the business and selling $500,000 of jewelry

Cole was the first Silpada independent representative in Indiana and celebrated her 15th year with the Lenexa, Kansas-based jewelry company by receiving Silpada Design’s Legacy Award earlier this year. But the company owners and board of directors announced in May it would close its doors this summer.

“I had a couple months of hardcore sales, and it was amazing, even to the end,” Cole said. “It’s just a great product, and I have a great client base, and I have lots of sales reps that work for me all over the country. I feel like we finished strong.”

That final push to the finish line was when Cole achieved the second requirement for her Legacy Award. After already having recruited 100 people to the company, she personally surpassed $500,000 in sales over her 15 years with Silpada.

At its largest, Cole’s team of fellow independent sales representatives, plus the reps they recruited, exceeded 700 women.

“There was a big local group, but I also had a group in Ohio, a group on the East Coast, a group in Massachusetts and Vermont, a team in Florida and a team in Texas,” she said. “It’s a great business because it’s not limited to where you are. We didn’t have certain territories or anything, so I was fortunate enough to where I had a lot of customers and great referrals and people I shared the business with who were interested in getting involved, too.”

“I met a gal through just doing a home show and she worked at Community North. Her job was she was basically in charge of volunteers, and I just asked if they had any fundraising opportunities and got connected with their auxiliary, which is a group that raises money for the hospital,” Cole said. “I work with the auxiliary and go in four times a year, set up jewelry and sell jewelry and give half the proceeds back to the hospital. That’s been an awesome part of my business.”

Although the business disolved because of slipping sales and a changing retail landscape, Cole loved her time with the company and was grateful to the Walsh and Kelly families that founded Silpada, as well as the local clients and new people she enjoyed meeting the past 15 years.

“I know I’m on to bigger and better things, but unfortunately all good things must end at some point, right?” she said. 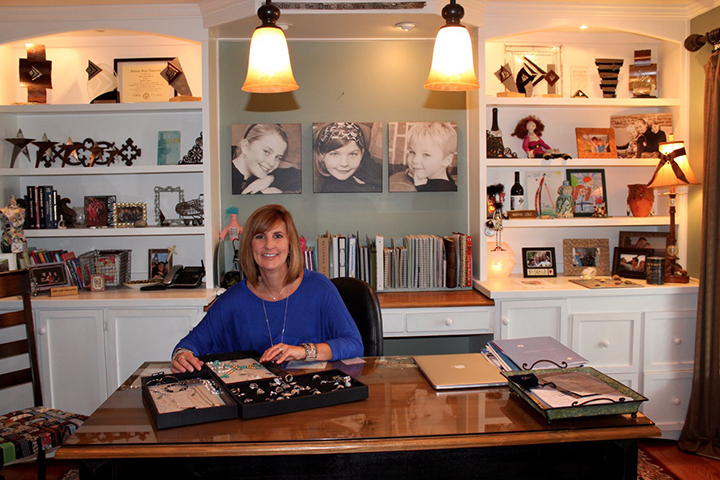 • Husband, Bill, is owner and president of Link Printing Services

• Children: Daughters Carlee and Kedall are a senior and junior, respectively, at Lawrence North High School; son Trace is in sixth grade at Holy Cross Lutheran

After 15 years selling jewelry and building up a cross-country sales team, Marnie Cole doesn’t exactly know what’s next but is keeping her options open.

“I’m not sure what I’ll do. I feel like I’m an entrepreneur, but part of me doesn’t want to close any doors to anybody. I’m ready for my next chapter,” she said. “Sales is most likely my thing, but I’ve also learned a lot and become well-versed in training, and I really think I could do some aspect of training.”

No matter where she ends up next, Cole doesn’t see herself finished with jewelry anytime soon.

“I’ll always have something that I do independently just because it’s in my blood. I like it, I’m motivated, I enjoy doing my own thing and building my own thing,” she said. “I’m going to find another line of jewelry so I can continue to do my fundraising efforts, too. I really want to still be able to give back.”