You are at:Home»Current in Carmel»Carmel Community»Carmel pilot who died in Va. plane crash remembered as patriot, youth mentor 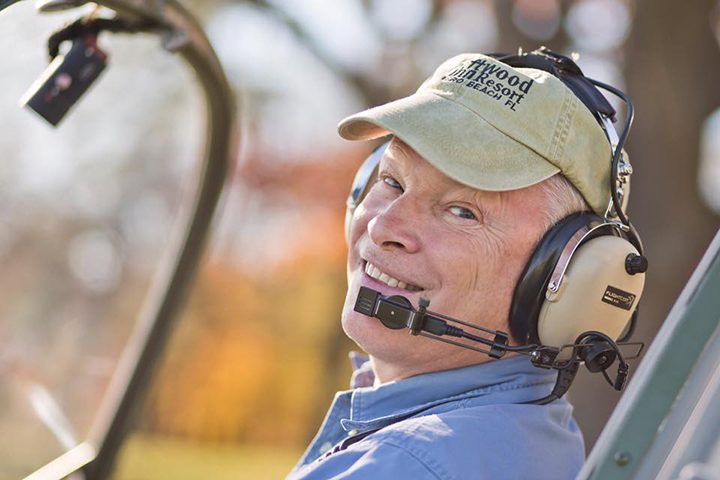 Photographer John Fleck had just been looking through photos he had taken of his good friend, Bill Hamerstadt, during a trip to France when the phone rang.

A mutual friend called with the worst kind of news: Hamerstadt was gone.

The 64-year-old former Marine had been piloting a 1969 Beech 95-B55 twin-engine private plane when he crashed into a tree line after pulling up to make a second landing attempt Aug. 12 at Shannon Airport in Fredricksburg, Va. He and all five passengers died.

“I had heard about the airplane crash the day before and thought, ‘That’s horrible,’” Fleck said. “Then you get the call that you don’t want to get.”

Fleck, a self-described “aviation enthusiast,” had grown close to Hamerstadt, a Carmel resident, during a trip to Normandy in 2014 for the 70th anniversary of D-Day. He said Hamerstadt was an expert on World War II and was passionate about the U.S. military.

“He was a patriot because of the way he loved his country and thought that service was so important,” Fleck said.

Fellow pilot and long-time friend Rick Ropkey of Indianapolis said he was shocked when he heard the news.

“He was always the go-to guy for procedures and advice, because he had so much experience,” Ropkey said. “Bill was the guy I would call.”

Hamerstadt was in the Marines from 1974 to 2005 and served in the Gulf War and in Iraq/Afghanistan, according to his LinkedIn profile. He was working as a financial representative at Northwestern Mutual Financial Network at the time of his death.

“Bill had an energy and an enthusiasm that lit up a room,” Ropkey said. “He had this outgoing positive kind of aura around him.”

In addition to piloting airplanes, Fleck said his friend enjoyed mentoring youth, spending time with his grandchildren and advocating for gun safety. He would fly his plane to Fleck’s home in Crawfordsville where the two would spend hours shooting guns together.

“He’d pull up in the backyard, and we’d have coffee and hang out,” Fleck said.

The crash is still under investigation.