Kammy’s Kause, a two-day music festival and major fundraiser for the worldwide support group of a rare disease, returns to Fortville’s American Legion Park Aug. 19 and 20. 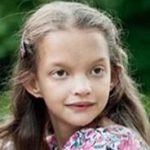 The event — which also includes an organized motorcycle ride and kids zone among the festival atmosphere and activities — was founded by Fortville resident Jared Hiner 13 years ago and raises money for the 4p- Support Group.

Hiner’s 14-year-old daughter, Kamdyn, was diagnosed with 4p- when she was about one month old.

“With the money we’re able to raise and donate directly to them, they can channel it into research and they can help other families we don’t have access to,” Hiner said.

To date, Kammy’s Kause has raised more than $280,000 for the 4p- Support Group. A rare chromosome disorder, 4p- is also known as Wolf-Hirschhorn Syndrome and causes mild to severe physical handicaps and developmental delays. According to the 4p- Support Group, there have been just approximately more than 600 individuals diagnosed with 4p- in the past 20 years.

Tickets are $10 for adults, $5 for children 12 and younger, and are good for both days plus include parking and access to tents-only camping. Kammy’s Kid Zone includes a petting zoo, pony rides, face painting, balloon artists and bounce houses. Food vendors and a beer garden will also be on site. At 4 p.m., families with children diagnosed with 4p- will be introduced and honored on stage.

“It’s a really, really cool thing,” Hiner said. “If you come out to it, I promise you you’ll come back every year. It’s just that kind of an event.”

For the eighth year, the Kammy’s Ride organized motorcycle ride will begin at 9 a.m. Aug. 20. Registration for the 140-mile ride begins at 9 a.m. at Harley Davidson of Indianapolis, 4146 E. 96th St., and arrives at American Legion Park around 3 p.m. Registration is $25 per rider or $40 per rider with a passenger and includes breakfast, lunch, a T-shirt and gift bag.