You are at:Home»Night & Day»Entertainment News»Carmel High School students to perform in “The Amish Project” at Indy Fringe Festival 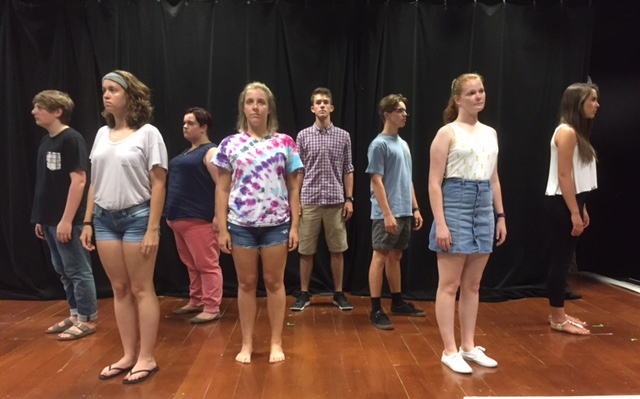 This month, Carmel High School students are performing in downtown Indianapolis as part of the Indy Fringe Festival at the Basile Theatre, at 719 E St Clair St., Indianapolis. CHS theater teacher Maggie Cassidy is directing the students in a play called “The Amish Project,” about the shooting of Amish children in the Nickel Mines schoolhouse in Bart Township of Lancaster County, Penn. in 2006.

“It deals with a hard topic, but it focuses more on hope and the positive reaction from the Amish,” said cast member Blaine McBroom, who plays an Amish boy.

“When I first read the script, it was hard to read. It’s a topic that is very sad,” Cassidy added. “After I read the play a few times and thought about that aspect of forgiveness and more on the good that is in the world, I thought this is a message I want to share.”

Many of the cast members were too young to recall the events when when they happened a decade ago.

“It’ll be interesting to revisit something after 10 years,” McBroom said.

Eight of the participating students are actors, and three are assistant directors. They all said they are excited about the opportunity to put on a play outside of the school grounds.

“This is a professional theater gig, for lack of a better word. This is an experience that’s going to be with me for a long time,” said student Jake Greene, who plays the gunman.

After Indy Fringe, the students will attend the Indiana Thespian Regional Conference in October  and compete against other plays. If they do well, they will also compete in the State Conference in January 2017.

“The Amish Project” contains some adult language and adult themes. Cassidy recommends the show for  middle school students and older.

“I don’t think there’s anyone who would walk away and not take something from it,” McBroom said.

The first performance for “The Amish Project” will be Aug. 20. For more details, visit indyfringe.org.