Ryan Woock, a senior at Carmel High School and president of the Carmel Mayor’s Youth Council, said his team was thinking about planning a dog festival as an August event. When they reached out to Carmel Clay Parks and Recreation, they found a perfect partner also looking for a canine event. 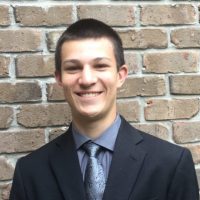 “As it turned out, CCPR had canceled its Barktember event, so this acted as the perfect substitute,” Woock said. “From that point, they were able to transfer contacts they had from Barktember and infuse them with the council’s vision for Bow Wow Bash. It couldn’t be a better partnership.”

Bow Wow Bash is scheduled for 11 a.m. to 2 p.m. Aug. 27 at West Park. It will include a 1-mile run/walk, vendor booths, food trucks and a festival atmosphere. The event is free but donations will be accepted.

Dogs must be leashed at all times and owners must sign waivers and be responsible for picking up after their dogs.

Carmel Clay Parks canceled its 2016 Barktember event, where dogs were allowed in the pool at the Monon Community Center. The cancellation was because of a scheduled remodel of the pool and because of new rules regarding dogs in public pools.

All of the proceeds from Bow Wow Bash will benefit the Humane Society for Hamilton County, which was a beneficiary of Barktemeber.

“Not only is it going to be a great atmosphere, but the ability to have an impact on something truly local is a tremendously rewarding experience,” Woock said.

Carmel Clay Parks Director Mark Westermeier said the Carmel Mayor’s Youth Council is in charge of the event and that the parks department is happy to help but doesn’t want to step in. He said the council does a great job and he expects the event to be successful.

“The students in the Carmel Mayor’s Youth Council always been impressive,” Westermeier said. “They’d be impressive as adults.”

Woock said planning this event has been a great learning experience and has taught him about taking initiative, staying organized and working as a team.

“There’s a lot more that goes into an event than what meets the eye, and the ability to meticulously think through every detail is a skill that can only be acquired through tangible experience,” Woock said. “However, as high school kids, this process can be a lot more difficult. We’re talking to businesses, dealing with insurance and liability, trying to coordinate a PR campaign, and much more, so there’s a definite learning curve involved.”